My English partner once told me, that China should re-Christen themselves the East Pole, claim Father Christmas as one of their own, and tell the children of the world, that he’s just moved closer to where the toys are made.

As we hear sleigh bells on the horizon, I know a lot of you will be facing Christmas with a mixture of excitement and dread, with many of you still hunting for exactly the right gift to spoil your loved ones and friends. Interest in Chinese culture have grown in recent years, and I hope this gift guide may help inspire anyone shopping for a sinophile!

Caffeine is an essential component involved in geeking. Whether you are sipping a cup of Kaylee’s “Shiny!” or Loki’s “Full Tilt Diva” or “The Boldly Go”, the sci-fi and fantasy characters who inspired these creative blends, definitely lend themselves very imaginatively to the tea drinking experience.

“The Dragon and the Stars”, edited by Derwin Mak and Eric Choi

With the recent Hugo and Nebula awards to writers like Ken Liu and John Chu, and with the English publication of Liu Cixin’s Three Body Problem this year, Western readers are becoming more aware of Chinese science fiction output. Introduced by Tess Gerritsen, this collection of sci-fi and fantasy short stories inspired by Chinese culture, written by authors around the world, is equally amazing in its variety and creative ingenuity. Prepare to be swept away by military shamanism, haunted by fox demons, touched by personable androids, intrigued by modern day gods.

For fans of Kung Fu there is nothing like the classics. I was impressed by Terracotta’s recent release of their Kung Fu Classics range, featuring golden age film poster style DVD covers, including works by Shaw Brothers Studios (King of Fists and Dollars), Bruce Lee (The Dragon’s Snake Fist) and renown “Steel Hero” genre directors such as Chang Cheh (“Shanghai 13”).

Here’s my review of “Hero of Shaolin” http://snowpavilion.co.uk/785/

And here’s where you can purchase the DVDs http://terracotta.tictail.com/products/classic-kung-fu-collection

80s cult movie fans would know and love John Carpenter’s 1986 classic “Big Trouble in Little China”. A fantasy realised on screen for any sinophile who’s ever been enchanted by the magic of those dark and mysterious corners of China in the Western metropolis. Starring hardcore (Snake Plitskin) Kurt Russell, and James Hong whose perfect classical poise stands him out amidst all Chinese actors. You can purchase a favourite character, Jack Burton, Lopan or the beautiful Gracie. Or why not get the whole set complete with the evil overlord’s henchmen the Three Storms: Thunder, Rain and Lightening. I find that the fiercer the original character the more adorable they look as a POP! Vinyl. 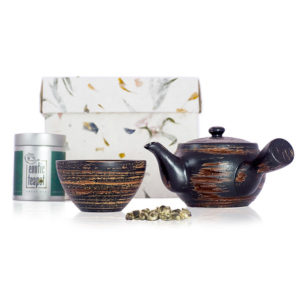 Ancient Chinese tea drinkers emphasised appreciation of Nature and the spiritual side of tea drinking. The dark clay and straight pot handle of this simple rustic design are characteristic of ancient styles, channeling the spirits of ancient scholars.

Prefaced by contemporary Chinese novelist Yiyun Li (“Kinder than Solitude”, “Gold Boy, Emerald Girl”), and with Dun Huang mural inspired illustrations by the Cantonese artist Victo Ngai, exquisitely typeset and produced by the Folio Society, this is no-brainer for the classicist sinophile who would appreciate a printed book as a collector’s item.

Wing Chun is one of the best-known school of Chinese Kung Fu in the world, its champion, Ip Man, was not just a master of fighting, his legacy as a national hero lives on. There are certain actors who inhabit a sort of on screen persona that links them irrevocably to certain characters they play, like Christopher Lee, Samuel L. Jackson, Chow Yun-Fat, and Donnie Yen. Before Ipman III comes out early next year, it’s a good time to catch up on I and II for those new to the trilogy. 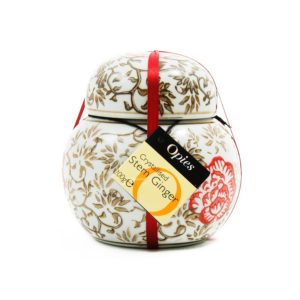 Ginger is not only used in Chinese cooking, but also traditionally preserved in sugar and eaten as a snack. Very flavoursome, it’s also healthy and warming in these winter months. A perfect traditional Chinese treat for Christmas. Comes with a gorgeous re-usable ceramic jar.

FOR THE URBAN ADVENTURER

This contemporary yet finely made, minimalist and portable glass tea set is perfect for the adventurous tea drinker who likes to try many types of tea. Here’s my review:

The subtitle for this book: “Why Everything You’ve Heard About China is Wrong”. Need I say any more?

In the last decade, interest in Chinese documentaries has blossomed, leading to many independent films documenting contemporary facets of this country that would have otherwise remained hidden. Previously documenting the unprecedented re-settlements caused by the building of the Three Gorges Dam, in this film Chang looks at the journeys of poor village boys to boxing champions and the dilemmas they face when they’re on the verge of success.

Set up for international distribution, this indie record label is based in Beijing and continues the excellent garage band tradition that started the Peking underground and punk scenes during the 1980s and 1990s. Their vinyls feature classic rockers such as A. V. Akubo as well as newer hardcore bands like Fanzui Xiangfa and punk metalers Demerit. If your tastes tend towards the experimental, there is a good range of abstract and ambient works to choose from.