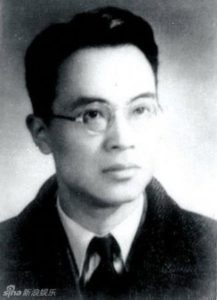 Jin Yong, one of the greatest Chinese writers of the twentieth century, passed away earlier this week on Tuesday the 30th of October. Aged 94, he died of organ failure after battling  long-term illness, at the Hong Kong Sanatorium and Hospital.

Han Zheng, standing member of China’s Central Politburo and Vice Chairman of the State Council, issued a letter of condolence, commemorating Jin Yong as a writer and journalist of outstanding achievement, a man of honour and valour who was dedicated to both Hong Kong and China as a whole .

Jin Yong was born Cha Liang Yong (a.k.a Louis Cha), in Hai Ning in the eastern coastal province of Zhe Jiang, on the 10th of March, 1924. He was the second in a family of seven children. His bold and upright nature was evident from his childhood. A piece of prose he allegedly wrote on the wall at secondary school using Alice in Wonderland to satirise a teacher, led to his dismissal and transfer. In 1944, Cha enrolled at the SWUPL in Chong Qing, where again, an ideological clash with fellow students led to his suspension. He took a job at the central library, where he read voraciously. In 1946, Cha began translating for the Ta Kung Pao (Da Dong Bao), the oldest active Chinese language newspaper, while studying international law at Soochow University.

After graduation, he emigrated to work at the newspaper’s Hong Kong office in 1948. During this period, he also acted as deputy editor for the New Evening News, and wrote a couple of film scripts. Creating a Wuxia column for the Ta Kung Pao with fellow writers like Liang Yu Sheng in 1955, Cha published his first novel under the name of Jin Yong, “The Book And the Sword”, in the same year.  Some of his most well-known works were serialized in numerous papers such as the Hong Kong Commercial News, and the Ming Bao, which he founded in 1959, now Hong Kong’s largest independent newspaper. In 1972, he retired from writing to devote himself to a life of diplomacy and to the setting up of Hong Kong’s new legislative system, becoming a member of the committee in charge of drafting the region’s basic law in 1985.

The Wuxia genre has existed in China for centuries, originating from the Chuan Qi, a literary form for transcribing tales of the strange during the Tang Dynasty. While Jin Yong was writing his Wuxia novels, the genre, along with all the arts and culture of China’s past, was rejected by the CCP in mainland China under the Maoist regime. In the 1980s, however, China re-opened its doors to the world, and to Jin Yong’s novels, especially after his meeting with Deng Xiaoping, China’s then leader, who confessed to being an avid reader of his work.

Even today, the Wuxia genre is still frowned upon by academics and parents of certain orthodox persuasions, but this could not prevent Jin Yong from becoming a household name across the world’s Chinese speaking regions. With the kungfu fantasy films of Hong Kong cinema maturing in the 1970s, not only the many collected editions of his books, but their dramatisations for radio and television have entertained generations after generations of fans. Even after his retirement from writing, Louis Cha still frequently gave consultations to producers of screen adaptations of his works. Each generation in China have had their lives enriched by versions of The Proud Wanderer and The Condor Heroes of their time. 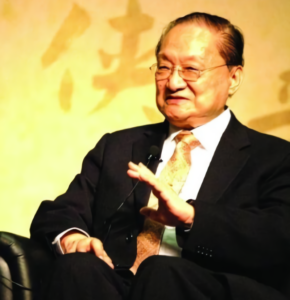 In many ways Jin Yong has redefined the Wuxia genre for the 20th century, setting the swordsmen’s society of Jianghu against a backdrop of both national and individual histories, weaving in multiple story strands involving an array of villains, eccentrics, heroes, outcasts, comics and misfits with his erudite yet sparkling and vibrant prose. His novels, often set at historical turning points, such as the decline of dynasties and the rise of new ones, create a tension from the characters having to interact with the social and political changes at these turning points, that makes for great storytelling and infinite relevance to contemporary times. The Jin Yong novel can be enjoyed on many levels, for an engaging depiction of historical events, for a journey into Chinese culture, for the definition of the Chinese hero, for the whole host of strong female heroines, for the rollicking adventure, for characters with depth who are driven by complex experiences, motives and emotions – a Manchu emperor who turns out to be a Han Chinese switched at birth, a brave Han archer raised by nomad tribes who later invade his country, a swordswoman raised in a female-only warrior clan who adopts a younger male disciple, and falls for him.

The world of Jinyonology has often been compared to Tolkien, and to Game of Thrones. But the world of Jin Yong is far more like the universes of Marvel, DC, Dark Horse and Vertigo. What Jin Yong has created is a vast range of superheroes and supervillains that not only live in Jiang Hu, a space similar to comics and movies universe, but in the popular imagination, who manifest themselves on screen and on the page, reinvented decade after decade. Characters like Venom of the West, or Eastern Eccentric or Wang Chong Yang, have all led literary and on-screen lives beyond Jin Yong’s novels. 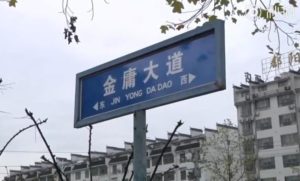 In Jin Yong’s ancestral home of Wu Yuan in Jiang Xi, a road, formerly Scholar’s Avenue, has been renamed Jin Yong Avenue. Cha’s pen name, 金庸 (Jin meaning gold or metal, and Yong meaning ordinary), seems to be taken from the last character of his birth name, 镛 (also pronounced “Yong”), meaning large bell. Whether as a writer or person, he has certainly proven himself to be anything but ordinary, and his legacy will resound throughout the world for many years to come. 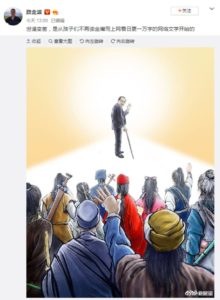