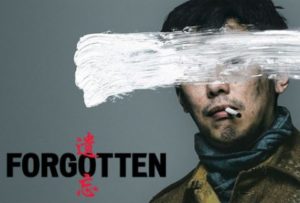 The largely forgotten history of the Chinese Labour Corps, the 140,000 Chinese men who travelled from the other side of the world to the battlefields of Europe, to carry out supplies and repair work, in aid of the Allies during the First World War, has recently resurfaced in the media and public attention. Few would be better suited as a scriptwriter to a play dedicated to the CLC than Daniel York Loh (“Fu Manchu Complex”, “The Good Immigrant”), who has, among many things, become a leading figure in Britain in raising awareness of and fighting against entrenched racism and discrimination against East Asians.

Our story centres on a local theatre troupe in Horse Shoe Village in rural Shandong, northeastern China, 1917. Facing a life of poverty and lack of prospects, the group decide to enroll for the CLC, attracted by the generous payment, the shiny uniform, and the possibility of self-determination. Old Six (Michael Phong Le) wants to be able to support his wife Second Moon (Rebecca Boey) and their young baby. For outcasts like Eunuch Lin (Zachary Hing) and opium addict Big Dog (Camille Mallet de Chauny), they have nothing to lose. As they set off half way across the world, they are joined by another new recruit, Longevity Lin (Leo Wan), a teacher who is disappointed with the state of his country. So we travel with these storytellers as they embark on their journey to live out new stories.

The mise en scène in Forgotten (directed by Kim Pearce) employs minimalist sets that rely heavily on evocation. With the world’s cinematic memory of those fields in Zhang Yimou’s “Red Sorghum”(1987), the stage backdrop of the row of dried tall-stemmed long-leaved crops, brings you straight to the open countryside, and specifically to a northern China. During the second part of the play, the middle of the stage floor is removed to reveal a dark, gritty pit that represents the barracks and battlefields. Again, the very organic feel takes you straight there.

This is one of the most successful instances I’ve seen so far of the transposition of East-Asian traditional theatre  to the contemporary British stage. Story-telling interspersed with song is the perfect format to tell a Chinese story, for it is the archetypal form, adopted across the vast array of regional theatres. Here, this trad-contemporary hybrid has resulted in Liz Chi Yen Liew’s haunting ballads of Chinese-inspired melodies with traditional instrumentation, rhythmic folk recitatives and more dramatic asides featuring energetic, wailing northern operatic styles.  The first couple of pieces struck me as rather similar to sailor’s songs in the European traditions, conveying the universality of emotions experienced by all who brave the rough seas and journey across the world. Rather than being reflective and supplementary, the songs in this play are part of the storytelling and do progress the plot.

Loh brings us world politics in the early 1900s primarily told through the eyes of uneducated, rural characters, who talk of “foreign devils” fighting each other with “sea monsters”, whose simplistic, yet perceptive views bounce off one another with sparks of caustic humour, describing Westernerss as “men with big noses who treat people like slaves” and WWI politics “like a bad opera”. These rustic voices are offset by the educated tone of Longevity Lin, known as “professor” among the group, who helps them make sense of the alien world they are travelling to, and also acts as a guide for the audience to China at a chaotic time. His presence and that of the hoodlum Wild Swan (Jon Chew), indicate the varied demographic that made up the actual Chinese Labour Corp.

The historical accuracy Loh has woven into the play is impressive, from British naval base of Weihaiwai that processed the CLC applications in Shandong, to diseases the men were checked for, to the dog tags around their wrists and their cap badges, to the horrendous long-way-round journey by ship, the train and ship again via Canada (after the Suez route was cut off by German military presence), right through to the student demonstrations throughout China and Paris in 1919 and their prevention (albeit futile) of the Chinese delegation from signing the Treaty of Versailles that effectively put China on a plate for Japanese imperialist designs. Even the insulting phrases from the Chinese phrase book, which British army staff took pains to learn allegedly in order to keep the CLC camp under control, is integrated into the story in a scene that, though hilarious, exposed the atrocious differential treatment Chinese labourers encountered compared to troops from other nations.

The language of the script, teaming with metaphors, rich in cultural references and slightly bombastic in recognizable Loh fashion, not only signals to the English audience that this world is very different from theirs, but immerses them in it. It’s not afraid to make the audience do some work, for many metaphors and idioms in the dialogue between Old Six, Eunuch Lin and Big Dog are transposed from the Chinese language and therefore rooted in the culture. For instance, the reference to Eunuch Lin’s lack of “little brother” borrows from Cantonese slang, the use of “cow’s cunt”, northern slang(“niu bi”) for “great” or “awesome”; or “perform with fire”, from the expression “huo hong” (red fire) derived from Lantern Festival celebrations and meaning lively and vibrant. The idioms “like red dust on the wind” (“gun gun hong chen”) or “flower petals floating on a fast stream” , are common Chinese expressions on the fleeting nature and unpredictability of this life. These figures of speech may seem strange at first, but once the ear becomes accustomed, their quaintness has an almost Shakespearean charm and lyricism.

The theme of story-telling and the importance of history being told, and not forgotten, runs through the play, as does the theme of what it means to be a Chinese hero, the tale of Wu Song the tiger slayer from Outlaws of the Marsh, being told and retold by our main characters at different points with multiple layers of meaning.

Facing the horrors of the battlefield for the first time, our protagonists undergo a marked change, gone are the coarse and ignorant peasants and in their place, an elevated state of the innate hero, “Chinese celestials” who would have “no kin with the devil”.When Old Six and Big Dog finally die on the battlefield, they are given the hero’s exit, Chinese style. Through the life of Second Moon, who suffers the outlaw’s fate, after killing in self-defense, the tale is retold. She becomes a sort of reincarnation of the female warriors in this literary classic, forced to flee from home, but nevertheless telling her own story as the Miraculous Traveller in other lands.

Even the Monkey King lends his spirit to guide these pilgrims from Shandong as they journey to the West. It is in a song invoking this eternal spirit and guardian protector that Longeivity Lin, first appears in the spot light, striking a typical theatrical Wukong pose.

The tale of the CLC is a harrowing one in many ways, but the play isn’t maudlin or simply sentimental, and the main characters rarely voice any self-pity. China was not without its internal problems, the wider inherent ones pointed out by Longevity, and on a small scale, demonstrated by the characters of Headman Zhang and Wild Swan. “Forgotten” ends with a very strong note and a final scene that indicts History and Western states for erasing the memories of these hundreds of thousands of labourers due to neglect and a mere inconvenience, and furthermore the duplicity of a peace treaty that in exchange for harmony in the West, left millions on the other side of the world, to the prospects of mass killings, torture and occupation by a militaristic regime similar to the one that they themselves so valiantly fought. Whilst Armistice Day recognises the fallen on both sides of all conflicts, it is sad to remember that there are still brave men and women who fought and died valiantly and have still found themselves whitewashed out of history.

“Forgotten” is at the Arcola Theatre until the 17th of November, accompanied by an art exhibition at the same venue. You can also purchase a copy of the play there, which is published by Oberon Books. Here’s how you can find out more about the history of the Chinese Labour Corps: 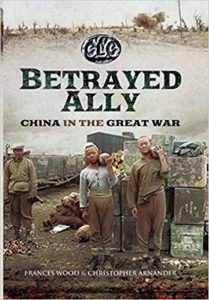 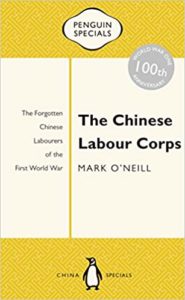