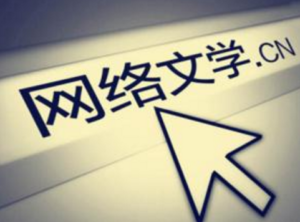 This week was World Book and Copyright Day. I wanted to write a little about Chinese internet novels. A phenomenon that came into being in the early 2000s, as the world entered the Age of Internet, the wangluo xiaoshuo had a particularly deep impact on Chinese literary creativity, due the relatively scarcity of commercial fiction published in China before this time. As its arts become more and more available to the world, it’s also become apparent that doesn’t necessarily mean more accessible For many genres have developed in China that don’t exist in the West, or are different from our understandings of them. Here’s a quick guide to the main genres of wangluo xiaoshuo.

Xuanhuan
– fantasy that combines mythical, folklore elements with other fictional tropes such as alternate worlds, Western fantasy and dynastic struggles.

Qihuan
– similar to Western ideas of fantasy fiction with a lot of magic, and often a lot more swords, can have a modern setting as well as historical setting.

Wuxia
– stories of “swordsman” (xia) who attain great heights of kungfu, with themes of justice, honour, romance, tragedy and revenge, there is traditional Wuxia, which tends to be more realist, and Wuxia fantasy.

Xianxia
-interactions between the human and supernatural worlds featuring Daoist practitioners of the occult, can be set in contemporary as well as ancient times.

Xianshi (Realist)
– tends to be explorations of urban or rural society, relationships, or state of the times.

Junshi (Military)
– ranges from military affairs, life of a soldier to hard battle fantasies and espionage.

Lishi (Historical)
– not only historical fiction from pretty much every era, but also alternate and foreign histories.

Tiyu (Sports)
– these tend to focus on basketball and football.

In my next article on wangluo xiaoshuo, I’ll be exploring the sub-genres within these genres.