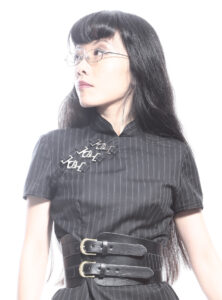 Xueting C. Ni was born in Guangzhou, during China’s “re-opening to the West”. Having lived in cities across China, she emigrated with her family to Britain at the age of 11, where she continued to be immersed in Chinese culture, alongside her British education, realising ultimately that this gave her a unique a cultural perspective, bridging her Eastern and Western experiences. After graduating in English Literature from the University of London, she began a career in the publishing industry, whilst also translating original works of Chinese fiction. She returned to China in 2008 to continue her research at Central University of Nationalities, Beijing. Since 2010, Xueting has written extensively on Chinese culture and China’s place in Western pop media, working with companies, theatres, institutions and festivals, to help improve understanding of China’s heritage, culture and innovation, and introduce its wonders to new audiences. Xueting has contributed to the BBC, Tordotcom Publishing, and the Guangdong Art Academy. Her first book, From Kuan Yin to Chairman Mao, is published by Weiser Books. Her new anthology Sinopticon: A Celebration of Chinese Science Fiction came out in November 2021. Xueting currently lives just outside London with her partner and their cats, all of whom are learning Chinese.