The creation of ReadCon was part of the flourishing of the British animation convention scene within the last decade. Held on the campus of Reading University, this convention focused on home-grown indie comics and crafts.

It was the year that saw the passing away of the great Sir Run Run Shaw. I researched the output of his iconic studios, from the perspective China’s first generation of female film stars, who worked on trend-setters and forerunners among Shaw’s wide-ranging repertoire (of which little is still known besides Kungfu cinema). My new talk for ReadCon, was Shaw Sisters: The Fighting Women of Hong Kong Cinema. 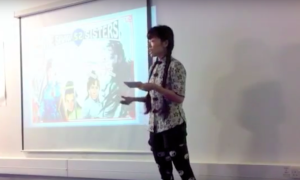