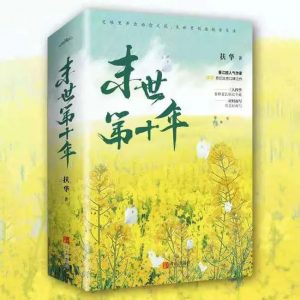 There is currently an explosion of creativity, growing out of China’s flourishing internet literature sites, which I have found myself happily getting lost in, as a researcher and a reader. Trying to stay within the lines of my professional interest, I found myself mainly looking into the multitude of nascent fantasy genres, but the segregation between this realm and my  sources for science fiction, has not escaped me.

At the tentative germination stage of the current renaissance in China, science fiction was a cloistered subsect, with university reading groups and BBS keeping the genre alive before more print periodicals, conventions and awards came into existence. Even now with linked online platforms, flash publications on Weibo and WeChat, the majority of these entities remain, by and large, dedicated to one genre. Kehuan (Chinese science fiction) has been very fortunate to find groups and communities dedicated to the genre alone.

This, along with the science fiction’s close ties with education in China, mean that sci-fi continues to be a niche genre (as it has been around the world), set apart from the multitude of new genre fictions that are building up fan bases of millions on sites and apps, among a population whose literacy rates have again, significantly increased in the last two decades, as online publishing and smart phones have revolutionised the reading experience.

However, there are writers who are far more active on net lit communities such as jjwxc.net, where they choose to publish their works, away from academically linked SF groups, with an aim to reach a more varied readership than the stable of hardcore science fiction fans. Here are a few titles which I have been drawn to on my journeys.

China’s containment of the COVID_19 Pandemic, has been highly successfully, but not without a huge cost to businesses, institutions, and everyday living, and would not have succeeded without an unprecedented level of civilian co-operation. Artistic responses to this once-in-a-century phenomenon is always going to be fascinating, particularly so in China. Apart from personal diaries, we’ve had underground comics, church murals, and even adaptations of classical paintings. Su Jin’s novel ‘Virus Hunter: The Bat of Bashan’, first serialised on Weibo, paints a panoramic of a spreading virus, international economic warfare, local government crisis handling and belief-laden rural reactions. Although the ‘speculative’ element of this story is already a reality, this gripping macro-level dramatization will no doubt engender much contemporary resonance and help readers mentally put their own real life experiences of the past year and half in context.

I’ve always been particularly interested in the biohazard and environment-related narratives that come out of China, and have indeed translated a few myself. As a country that has mined its resources heavily in the 20th century, the nation is seeing the impact of its late-come Industrial Age) in the 21st. It is now rapidly learning to limit this impact, working towards restoring a natural balance. In the meantime, artists and writers are addressing all kinds of different ecological concerns. Be it Zhao Haihong’s treatment of alternative energy sources, Tang Fei’s survival horror set after a pollution-induced cataclysm, or Chi Hui’s grim evolutionary bio fantasies, kehuan writers have always created tales from fascinating perspectives.

Fu Hua’s The Tenth Year After the World Ends explores the impact of a biohazard from a very human viewpoint. Ten years after titular disaster struck, our heroine finds herself pregnant, and soon gives birth to a pair of reptilian babies, replete with scales, claws and tails. Rather than abandoning the children in terror, the young mother decides to return to the now deserted villages and towns, to raise the child undisturbed. In this tale, the painful renegotiations between humans and the world serves only as a distant backdrop, while the heroine’s individual journey of recovery takes centre stage in a tale of renewal, finding the picturesque over a rural wasteland. 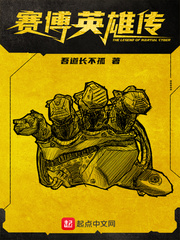 The popularity of Cyberpunk in China really isn’t a surprise. Fuelled by the use of sinofuturist chinoiserie in just about every cult Hollywood thriller since the 1980s, starting with the iconic Bladerunner (which actually had input from Chinese cinema). It has felt as though China belongs in the midst of it. The back and forth between Chinese and Western media has led to wonderful crosspollination, with native hiphop musicians borrowing from this aesthetic and local artists being recruited to illustrate official Chinese posters for Bladerunner 2045. With the explosion of domestic sci-fi over the last decade, and Liu Cixin’s rise to megastar status, (his first novel being the cyberpunk work China 2185), the genre is taking off domestically. The works of Chen Qiufan present notable anthi-hero voices within the genre.

WuDaoZhangBuGu, a net novelist who combines science-accurate world building from large-scale down to technical details, with traditional Chinese fantasy, could be another distinctive voice. His Legend of Cyberpunk Heroes, is set in a lawless future, where ordinary citizens have to sell off organic body parts to pay their ‘gene tax’, and violent bandits run amok. Against this backdrop, cyber-enhanced kungfu fighters and super hackers stand up for the weak, mirroring the lone swordsmen and clans of wuxia, but with technology and qi working in unison.

It’s been said that internet SF tends to utilize current science and technology, rather than imagines futuristic tech or prophesises inventions deduced from current theories; often relying on plot twists, suspense and the appeal of “soft-scifi” and often criticised having loopholes and contradictions in its renditions of science. On the other hand, the niche SF world of academics, researchers and hardcore fans, predominantly advocates not only the use of hard science, but its focus as defined by foresight and avant-gardism, even at the cost of the plot. I think it’s about time that these two camps began to learn from each other.

No amount of government support would prevent the recent explosive development of science fiction from slowing down, and if the esoteric calculus renders a story inaccessible to general readers, then that fan base will eventually dwindle, without replenishment. At the same time, when net novels reach the level of popularity that they are snapped up for print versions, copy editors with sound science knowledge could play a key role in reconciling inconsistencies in the original text. Perhaps, in the future, more internet writers looking to make their science MacGuffin watertight, will be attending China’s dedicated SF forums of scientists and academic writers, who will in turn, learn to integrate science and storytelling in a more engaging, and accessible way.