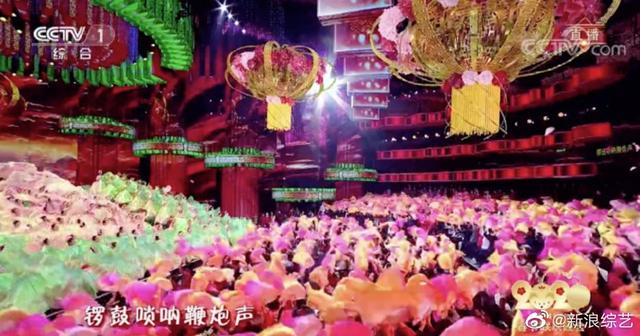 It’s Chinese New Year eve. We all know what that means. After the big meal, there would be four hours of non-stop song, dance and comedy. Like a baptism by fire to being truly Chinese, the Chunjie Wanhui (Chunwan for short), has to be done. For all Chinese like myself who’ve grown up with it, sat through it during childhood, rolled our eyeballs at it over adolescence (when our parents still managed to get it over satellite), as we get older, it’s become a ritual that, no matter where in the world you are, and how you’re celebrating, brings you right back.

No matter how times have changed, the show unapologetically retains its salient features, still as eye-poppingly colourful, jaw-droppingly elaborate, brain-achingly jolly and super-rehearsed, an array of neatly pressed, shiny presenters reeling out eulogies flawlessly between performances in perfect sing-song RP Mandarin throughout the gala. If anything, the extravagance has only been up-scaled by prevalence of 5G technology and high definition 8K screens that cover the entire stage, now with multiple moving parts. As I watched this year’s show, (directed by experienced Chunwan director from Guangzhou, Yang Dongsheng), transfixed by the psychedelic backdrops and the bizarre spectacle of children dressed as mice playing ice hockey on stage, I wondered, what next….?!

Overall themes can be spotted at the Chunwan every year, and this year, being the 70th anniversary of the People’s Republic, the focus is on New China, a China that is high-tech, well provided for, and making good progress on the elimination of poverty. Gone is the flaunting of GDP growth and the slogans to get rich, and in their place the pursuit of the Xiaokang Society, moderately well-off, comfortable living for everyone. 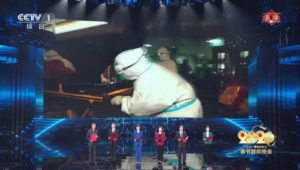 One of the major focuses this year is on the rescue and containment effort of the Coronavirus in Wuhan, which is said to contain the most spontaneous scenes in the entire thirty-odd-year history of Chunwan. I found the well-wishing to be a mixture of the usual official claptrap and down-to-earth, heartfelt expressions of care, with unprecedented, unrehearsed real-life footage of staff at work in hospitals. There have been some online comments that this anxiety brought by coverage of the virus jars with the usual joyful tone of the celebrations. I don’t think it’s incongruous at all. I have not watched a single Chunwan without the camera cutting to those places around the country where people are still at their stations, whatever their jobs are, while the hosts urge us to think of these people.

Surprisingly, the expression of love seems to be another big theme this year, not only romantic love or love for one’s country, but love for one’s friends and fellow countrymen who are fighting on the frontline, with an incredibly frequent use of those three words, “I love you”, which have up til now, been an imported expression that’s always felt a bit awkward to say. Chinese people expressing their feelings, and in public. Things can change. 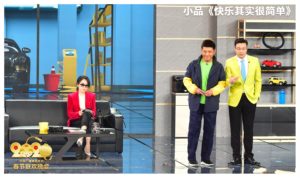 The famous Xiaopin are always enjoyable comic relief during such a long party. They explore the poignant preoccupations of society over the past year. Like mini-Christmas movies, everything always works out in the end, usually with a soppy message at the core. This year’s themes range from company corruption, contemporary matching-making v.s online dating, to family relationships, how to be happy, overly demanding customer service jobs and the parodying of power media campaigns. Women have played major roles in them all and been very positively represented. It’s remarkable how often social media and other online platforms crop up in these stories.

As usual, the diversity is there, not just in the performances from neighbouring countries and ethnic minority groups, but the multiple regional languages such as Cantonese, Sichuanese and Shanghainese, used in songs and skits, that aren’t announced or advertised, because they’re a natural part of Chinese society and entirely expected.

My personal favourites were the exquisite Cheongsam dance Song of the Morning Light, and Power of the Martial Arts featuring queen of classic kungfu cinema Cara Hui, and the opera performances featuring stunning giant pop-up books of the four great classic novels. This is one of the very few galas when a science fiction movie theme song (The Wandering Earth) is performed on stage. All of these make excellent and elegant use of the moving stage and high definition screens. 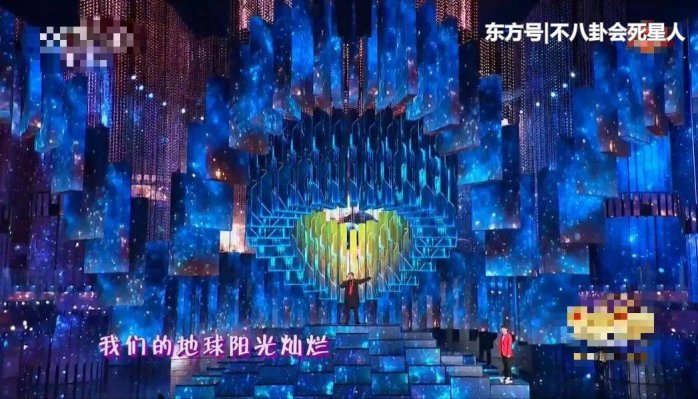 The Chunwan began life at the Beijing studios on CCTV. Today, it’s broadcast from three stages across the country, globally via satellite on multiple channels, and can be viewed on your mobile phone. Whether actors of acclaim or alternative musicians, special guests whose careers may seem incongruous with a state-run gala, are always proud to appear on it, because they’ve all grown up with Chunwan and know that their grannies and granddads will be watching. Many around the world are now also watching Chunwan, to understand China, what the Chinese have been, and will be talking about. An English writer describes it to me as a combination of the Royal Variety Performance, Live Aid and Jools Holland’s Annual Hootenanny. I hope this annual extravaganza will excel itself year on year and become more and more relevant to society as time goes by.