Like its turbulent history, Chinese cinema has undergone many upheavals throughout the twentieth century, from an art form that was virtually non-existent at the beginning of the century, to a tradition that developed its own aesthetic, studio systems and language. It was employed by the state to further war efforts and revolution, after which it became a medium of response and rebellion. Privatization of the industry towards the end of the century eventually led to a new interdependence between the state and filmmakers that propelled Chinese cinema into the twenty-first century, with an explosion of genres, production and distribution methods.

In this lecture I’ll provide a brief overview of the history of Chinese cinema, followed by a more detailed look at major works of the last thirty years, the industry which produced them and the backdrop of the China’s rapid cultural and socio-economic development, finishing with a screening as an example of not only the maturing of new film practices, and the representation of China’s social changes, but also how China’s older cinematic genres have been adapted. For the modern audience. List of films mentioned and discussed are below the module flyer. 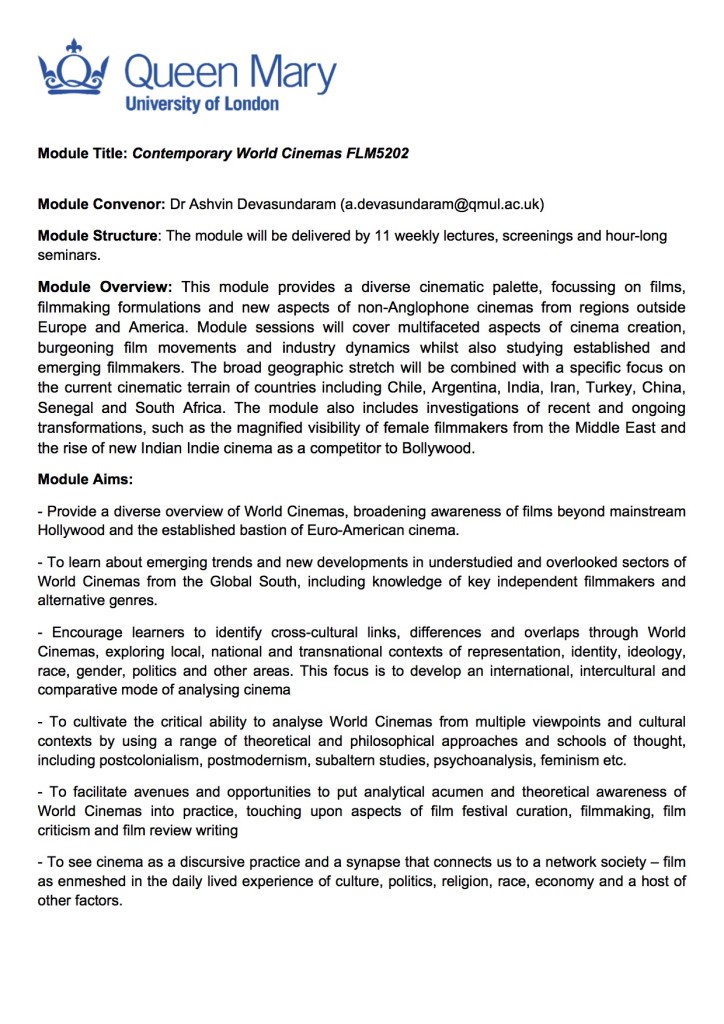 Here’s the list of films mentioned and discussed during the lecture on Chinese cinema, mainland directors’ names in traditional Chinese order of surname first.

“The Fields Are a Green Gauze Curtain Again”, Xiao Guiyun, 1986

“Journey to the West: Conquering the Demons”, Stephen Chow, 2013