This weekend was Appreciate a Dragon Day. Here’s a mini-guide to help you appreciate Chinese dragons.

As the totem of China, the mythical being 龙 (“long”) possesses the features of nine (the supreme Chinese number) animals. This diagram demonstrates the physiognomy of a Chinese dragon. 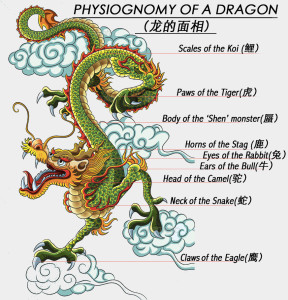 The ancient Chinese considered themselves descendants of “Long”. The imperial robe is called 龙袍 (“Long Pao”), or Dragon Robe. Historically, only kings, emperors and imperial princes could wear clothes featuring the dragon, which represented ultimate power, majesty and heavenly ordainment. Even today, it’s hard to find an area of Chinese life that the dragon isn’t part of. From myths and legends, to the language, peppered with dragon-related idioms, to cuisines named after the dragon, to interior design, fashion and entertainment. Not to mention the role of the dragon in traditional festivities. The lunar new year would not be complete without a dragon dance to invoke the benevolent powers of the dragon to grant peace and plenty. Schools of dragon-inspired Kungfu, even names of businesses and new born babes.

In celebration of this mighty mythical creature, here are some images of beautiful dragons 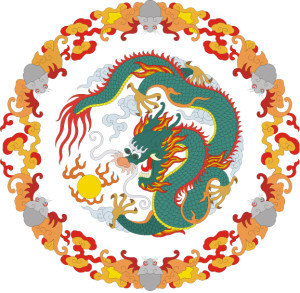 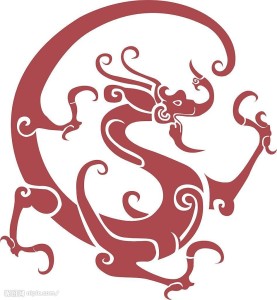 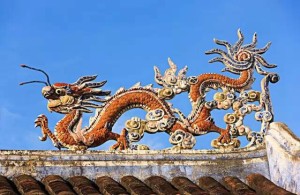