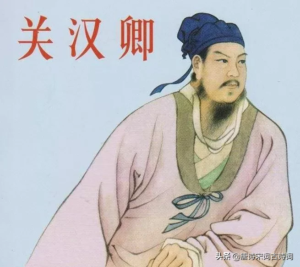 Cdrama now enjoys a global following, and one of the most popular shows at the moment is Tencent’s A Dream of Splendour (directed by Liu Yang and staring Liu Yifei, Chen Xiao, Liu Yan and Lin Yun), a historical fiction series set in dynastic China. Unlike a lot of other cdrama which are based on contemporary novels, this series has been inspired by a 13th century opera of Guan Hanqing, one Yuan Dynasty’s best-loved writers, 赵盼儿风月救风尘 (zhào pàn’ér fēngyuè jiù fēngchén), Zhao Pan’Er Courageously Saves A Lady of the Night. Instead of outlaws, notables and royalty, the frequent subjects of a lot of other historical fiction, it tells the tale of three ordinary women surviving the hardships of life through their resourcefulness and friendship, eventually turning a small teahouse into a very successful restaurant.

Guan Hanqing (circa 1225-1330) was a classically educated scholar who failed the Keju (stringent exams set by the imperial government to selected its officials), and like others in his position, found himself in an uncomfortable existential limbo. After centuries of urban development, China’s cities were thriving at the time, so Guan turned his focus to the merchants, storekeepers and tradespeople, immersed himself in folk and popular culture and sought to give voice to their lives through his zaju (an operatic form that combines prose with poetry, song and dance) and sanqu songs. 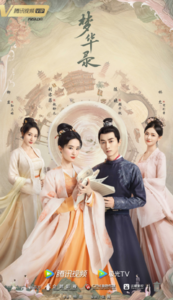 Guan wrote some historical fiction, but is best known for his romance Moon Pavilion, tragedy Injustice to Dou’Er and his range of comedies. Part of what makes his plays still relevant for the audiences of today is their focus on the lives of ordinary people and on women, who must rely on their wits and courage alone to deal with frequent trickery, harassment and assault from the power abusers of the patriarchy.  The heroine of Riverside Pavilion (wangjiang ting) uncovers the plot by a rich playboy to murder her husband and force her to marry him. So she dresses up as an old fisherwoman and pretends to bring him ingratiating bribes, gets the villain and his cohorts drunk, and in doing so foils their plans, reports them and saves her family. Zhao Pan’Er too has the sense to see through her friend Song Yinzhang’s suitor and tries to warn Song. With her sworn sister is trapped in an abusive marriage, Zhao uses her wit and charm to manipulate the abuser in order to free Song from her bondage. The progression of situations with the potential to turn into tragedies, which are diffused into comedies by the end of the four acts, is a testament of Guan’s admiration for the resilience of his everyday characters.

Guan Hanqing extended his dramatic sympathies for the plight of the people by giving voice to the socially marginalised. All the protagonists in Gold Thread Pond, Legend of Xie Tianxiang as well as Zhao Pan’Er are sex workers, and these operas highlight some of the issues of ostracization such people faced in society. For the contemporary reader, Guan’s plays are microcosms of Yuan popular culture. His words leap out of the page in their vivid metaphors and vibrant allegories, the dialogue and songs weave in anything from slang, colloquialisms, to Yuan era word games and jargon used by merchants, providing an amazing insight into aspects of society at the time such as law, taxation and fashion.

In a contemporary China that may be more sex averse that the Yuan Dynasty, the makers of Dream of Splendour have adapted Zhao and Song’s jobs to former musician and dancer, though in the dynastic times, public performers and entertainers were not viewed much more favourably than ‘prostitutes’. The show adds a third friend to the group, Sun Sanniang, a former butcher very reminiscent of the fearsome Hu Sanniang, one of black innkeepers in Outlaws of the Marsh. This adaptation imagines a probable future for the characters Guan created, narrating, well, the tale of three women who all have their dreams thwarted but eventually come to realise a new dream of splendour. Pan’er’s shrewness would make her a great businesswoman. With one of the love interests being an imperial spy, there’s an element of court intrigue thrown in and opportunities for some kungfu, to further entertain.

Guan Hanqing has often been referred to as China’s Shakespeare, and his works adapted into multiple Hujü (Shanghai opera) and Yuejü (Cantonese opera) as well as films for modern domestic audiences. In 2017, the RSC staged Snow in Midsummer, a modern adaptation of Injustice to Dou’Er in Stratford-Upon-Avon, as part of their Chinese Translation Project. In 2019, France’s ENSATT brought Rescuing a Lady of the Night to the stage in Shanghai as a play. 2022’s Dream of Splendour has been lauded for the quality of its production and storytelling by a multitude of eager fans. No doubt the world would see more works inspired by Guan Hanqing’s fantastic plays and songs in the times to come.