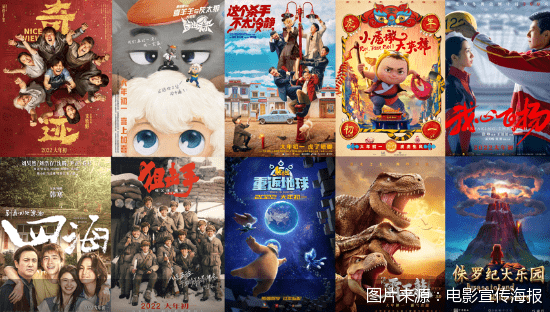 For those of you finally seeing the back of the Christmas weight gain, have some sympathy for those of us who live with a foot in both China, and the West, and are now heading again into further festivities. With nearly two weeks of celebration, mainly marked by meals, snacks, and other culinary over indulgences, it’s no surprise that China has collectively decided to escape into cinema for a respite from food and family.

As usual, anticipation has built up over the last few months for the greatest annual celebration in the Chinese calendar, and among the food shopping, clothes buying, and decorating, bookings have been flooding in to cinemas by the millions, reserving seats during what is now the busiest cinema season of the year. Hesuipian, or “films to celebrate the birth of a new year” are now integral part of Spring Festival, but the tradition only really established itself in the late 90s.

Hong Kong had a trend in the 1980s, the hottest stars and directors teaming up to make lighted-hearted comedies specifically for release on New Year’s Day, to keep ticket sales going during the primarily home based festivities. As these films gradually gained popularity in China, domestic studios began to schedule their big releases for the first day of Spring Festival, where the prolonged national holiday makes cinema going an easy, and cheap way to stay entertained.

Feng Xiaogang’s “The Dream Factory” (1998) is widely recognised the pioneer in the establishment of the Hesiupian as a modern tradition across China. With Feng’s signature blend of everyday drama, black comedy and heart-warming plot twists of redemption, this film marked a key moment when mainland films began to outperform regional and international titles, and the period became the showcase for some of the best in Chinese cinema.

Nowadays, the coveted hesuingdang (Spring Festival Bill) slots are highly prized, and a mark of a film’s quality. China’s online and social media would be buzzing with news on the movies vying for the limited spaces months before the arrival of the festival. This year saw no less than 14 films enter the contest. The announcement of the final bill (a total of 8 this year) is usually followed by a rush to secure tickets.

During the 2020 Spring Festival, China’s box offices grossed 7.8 billion RMB (figures according to TMTPost), breaking all sorts of world records for single day sales and single market sales, and now that COVID restrictions are relatively relaxed across China, those records are expected to be broken again.

The lucky 8 films this year are pretty much what people expected.. Of course donghua (Chinese animation) featuring Pleasant Goat and Big Big Wolf, and Boonie Bears, are perennially present, and are joined by Run, Tiger, Run, capitalising on this year’s zodiac to get little tiger bums on seats. This child friendly fare is joined by another drama heart-warmer from hesuipian stalwart and famous writer-director Han Han (Four Seas). With half the slots taken up by sequels there seems to be more of a taste for comfort than innovation. 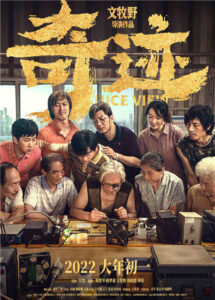 However, the remaining films show a little more of what is happening in Chinese cinema.

Over the last few years, China has felt more confident in exploring its modern history and power in a more positive light, with films like Wolf Warrior and Operation Red Sea, building a new sino-centric action hero genre. A sequel to last year’s success, The Battle at Changjin, sees the unbeatable trio of directors Chen Kaige, Dante Lam and Tsui Hark, return in this year’s Watergate Bridge, whilst Sharpshooter, directed by Zhang Mo and her father, the one and only Zhang Yimou, follows a team of snipers from China’s ‘Volunteer Army’ in the Korean War. This being a campaign known for its shortage of supplies and equipment, and gruelling conditions, the team’s individual resourcefulness give the subject of history books a more personal, and relatable face.

Following in the footsteps of those original action comedies, Too Cool to Kill (its Chinese name being a pun on the localised name fo Luc Besson’s Leon), is a black comedy about an aspiring actor who is hired to play an assassin, unaware he is being set up to commit a real murder. Adapted from the Japanese film The Magic Hour (Koki Mitani), it demonstrates the vibrancy of a movie industry that takes inspiration from around the world.

The final film, and perhaps the most atypical,  is the offering by Wen Muye (Dying to Survive, My Country, My People). One of the 21st century’s Urban Gen filmmakers, Wen focuses on the marginalised, whilst elevating their experiences with heroic treatment reminiscent of ‘80s and ‘90s cinema. This year’s offering, Nice View, features a young migrant who travels to the city, hoping to make enough money to fund his little sister’s life-saving surgery. Whilst this may seem like the sort of misery story intended for the anti-celebratory, one look at the trailer shows you that it is told with dignity, and social bite.

Hopefully, some, of these films will find international releases, either on DVD or streaming services (I don’t think the West is quite ready to embrace Pleasant Goat). Something should be considered about this year’s crop.

In 2020, the films shown were all but finished before the global pandemic hit. In 2021, the films were completed under tight lockdown restrictions, but many had already finished principle photography. This year, the films have been produced with great care for the actors and crew’s health, and under the constraints of lockdowns, social distancing, and covid considerations. Whatever you choose to watch, please think of the dedication and effort of the individuals that worked so hard to bring this entertainment to you in such a trying time, and I hope they manage to add to your Spring Festival cheer.