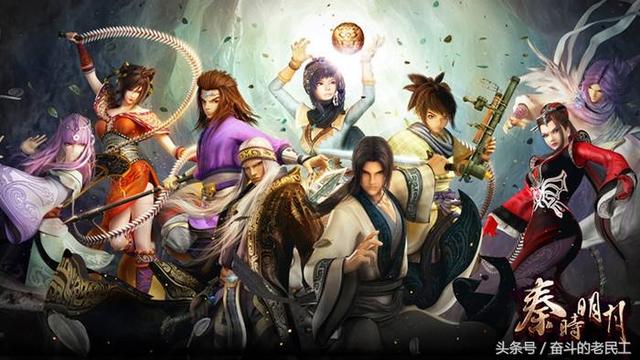 Donghua (Chinese for animation) has spread its wings internationally over the last decade, so impressive have been the currents it’s generated that even big Western studios like Disney, are capitalising on the trend. But its history of donghua goes all the way back to the early twentieth century. This is a talk I delivered for at Amecon in 2008, at the UK premier of Storm Rider: Clash of Evils. Having discovered that certain ageing white academics have helped themselves to my talk for ‘research’ without crediting me, I removed it from Myspace. Today, I’m making it available, in honour of the release of Domee Shi’s Turning Red. If you do use it for whatever project, put my name in the sources, and in return, put a little towards my research materials, or, buy me a cup of tea.

It all began in 1922.  Between 1922 and 45 was a period when China discovered and explored animation for herself. The main force behind early donghua were three classically trained art students from Shanghai, the Wan brothers, who taught themselves the techniques of animation from studying 20s American cartoons such as Out of the Ink Well, Popeye and Betty Boop. The very first animated movie, “Uproar In the Studio”, was born in 1926 in a 7 square metre room in Zha Bei district of Shanghai.

After a series of animated commercials and nationalist propaganda animations during the Japanese occupation, the first animated short film with sound, “Dance of the Camel” was completed in 1935.  Disney’s “Snow White” was a huge success in China, so much so that China decided to make her own version. “Iron Fan Princess” hit the screens in 1941.  Based on a story from the Chinese classic Journey to the West, it recounts how Wukong, the Monkey King borrows an expandable fan from the eponymous princess and defeats the evil ox demon.  Very much in the style of “Snow White”, with the design of Wukong based on Mickey Mouse, “Iron Fan Princess” was the first long animated movie in Asia.

Chinese animation grew steadily from the mid 40s to mid 50s, moving from black and white to colour, adopting children’s stories as its main subject matter, and in terms of style, moved towards folk traditions.

The newly formed People’s Republic founded its first film production base, North Eastern Studios , with an arts production team devoted to animation. Not long after they were incorporated into the Shanghai Film Studios.  Part of this was the Shanghai Animation Studios, which was to have a virtual monopoly of animation production until the 80s, and produced many of the great classics.  In 1955 they made the country’s first colour animation film, “Why is the Crow Black?”  There were complaints about this film being not Chinese enough.  This is why  “The Conceited General” followed suit.

We’ll also be showing a watercolour animation called Where is Mother? Which I’ll talk about after the break.

1957-1965 was the first golden age of donghua.  The animation industry, along with everything else in the country, underwent the Great Leap Forward.  1961 saw the completion of the ground breaking “Where is Mother?”, which you have just seen.

The art is again being directed by Te Wei, using Chinese water colour techniques, it broke the limitations of established animation techniques involving defined outlines and clear separation of colours by enabling a diffused, softer, more organic effect. Chinese watercolour animation was also unique in that it presented oriental aesthetics and philosophical outlook.

During this period artists also used folk art to produce 40 stock motion wood puppetry films, and many paper-cutting and paper folding films.  Paper folding animation combines stop motion of the characters and scenery folded with paper, providing a more three-dimensional effect than paper cutting.  These works were almost all based on children’s stories, fables and legends.

The first animation based on real characters was set in the Mongolian plains, “Little Heroines of the Prairies” came out in 1965.  Apparently, the only animated film produced for pure entertainment at the time, was “Crossing Monkey Mountain” (1958).  I think this highlights the cultural difference between art for entertainment outlook of the West and the art as a means to an end, art for education, outlook of the Chinese school. I think this approach was perhaps the cause for some of the issues donghua would face in the 80s and 90s.

Amongst the great classics produced in this period is the famous “Uproar in Heaven” (1964), which you are about to see. Directed by one of the Wan Brothers, Wan Lai Ming, it received international recognition and represents the pinnacle of China’s unique animation style.  This is the first feature length colour donghua made in China, it was completed over a period of four years by several dozen artists. Not only does this film have the artistic merits of a Disney cartoon, it also fully incorporates Duanhuang art styles.

We will be showing Nezha and the Dragon King straight after this as well. Nezha was produced in 1979, 15 years after Uproar of Heaven, but continues in traditional art style characteristic of output from Shanghai Animation Studios.  The story of Nezha also features in Journey to the West, although the work that inspired this version is the mythological classic Investiture of the Gods.

From the mid 60s to the mid 70s the Cultural Revolution took place, and sadly, animation production came to a standstill for 6 years. Shanghai Animation Studios resumed production in 1972.  Works during this period concentrated on depicting the revolutionary progress, class struggle, eulogising the workers and peasants, and so forth.

What we will be showing next, Sparkling Red Star, is based on a very popular children’s story during the cultural revolution. Although the book was written by Li Xintian in 1971, the animated film only came out last year.  It was produced by Puzzle Animation Studios and distributed by Asia Animation Ltd.  The fact that you are hearing of a production company other than Shanghai Animation and of a distributor for the first time brings us to the next part of the history.

1978 – 1989 was the one of the most prolific periods for donghua in the 20th century. Film studios in Beijing, Guangxi, Liaoning broke the monopoly of Shanghai Animation Studios.  A whole range of children’s stories using ever inventive traditional art methods such as porcelain animation, cloth-cutting, piyingxi leather puppetry were produced.  China also explored her wealth of myths and legends repertoire, producing films such as the Silk Road-inspired A Deer of Nine Colours and Nezha, which you have just seen. Te Wei continued to produce ever more brilliant watercolour animations.  A range of experimental and cautionary tales was made in an attempt to expand the range of donghua.

In the 1980s, the import of foreign animated TV series such as Astro Boy, Transformers, and Hana no ko Lunlun, presented fierce competition to domestic output.  China started animating for TV for the first time. Attempts were made to correct the “animation is only for children” misconception but series such as The Black Cat Detective, Adventures of Sanmao and The Calabash Brothers proved that this was not successful.  China also found itself unable to meet the demands of the market created by widespread TV ownership and foreign series.  Furthermore, domestic expertise was being lured away by joint venture media companies setting up along costal cities such as Guangzhou and Hangzhou, which were able to pay the artists well.

This lead to a whole change of approach in the 1990s, the result of which is works like Qin’s Moon 2007, which will be shown immediately after Sparkling Red Star.  Apologies for there not being any subtitles, this is very new and was aimed domestic release. If however, you like what you see, please let me know and we’ll see what we can do for Kitacon.

As we can see from the last two screenings, after the situation in the 1980s China learnt its lesson.  From the 1990s up till now China has been changing her entire approach whilst expanding her production resources.  During the ‘90s a series of measure were taken to this end.  The China Film Distribution Company has stopped the “buy all and sell all” approach and started to release works to the demands of the market.  In 1996 the China Animation Society was formed, a purely academic organisation that now meet once a year and works with the ASIFA.  China began to develop its now very advanced MMORPG market, producing games such as Chinese Mythology, Heroes of the Sui and Tang and The Sign.  Conventions and festivals have started to form.  There is now a huge fan base surrounding historical, historical and kungfu fantasy, and mythological (wuxia and xianxia) games in China.

Realising that television had become an increasingly important source of entertainment, it was inevitable for donghua to break away from the planned economy, and away from the social purpose that was part of it, and embrace the market place.  China began to distinguish between animated films and TV series, between art house and commercial products. It looks like the industry still has a long way to go in the debate between what is a good, entertaining story and what is politically acceptable.  But with productions such as Ori Princess, Thru the Moebius Strip, the Monster Club and Monkey King Against Digital Monster, the lowly snake of Chinese animation will soon become a dragon.

We are very excited to bring this work to Ame. This film came out in its home regions on the 19th of July, so this is actually the world premier of Storm Rider! I think it’s worth mentioning that when the 1998 Andrew Lau live action movie came out, it was screened at the second Ayacon in 1999. So now ten years later, it’s truly a great pleasure to be able to continue bringing Storm Rider to the UK!

In terms of story, the donghua also follows on from the live action.  Made by Puzzle Animation in Shenzhen, it was completed over 5 years, and directed by Dante Lam, who did a lot of research on martial arts choreographers such as Yuen Wo Ping.  Like many other recent animations that have been voiced by famous actors, Wind is voiced by Ren Xianqi and Cloud by Nicholas Xie.  The film is based on a section of the story in Wing Shing Ma’s manhua 风云, where, after Cloud loses his memory, he finds Wind again and together, they try to stop Ao Jue in his wild ambitions.