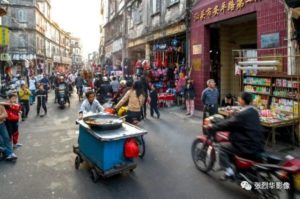 Recently, Chinese street vending has made it into the news again. These hawkers that dot the streets of China have had a long, and ambivalent relationship with its development and its government. After frequent regional directives to purge them from the streets since the country opened its doors, they are being encouraged by the government, as a means of post-COVID_19 micro-economic recovery. China’s tradition of baitanzi, or setting up stall on the street, goes back a long way.

Street vending has been a tradition in China for centuries. In the ancient China, you could hear a story, watch a kungfu demo or have your fortune told on the street. Unlike many Western countries where shopping malls now dominate and street markets tend to be frequented by well-off bourgeois with a penchant for the ethnic, street markets have remained the one of the most common (and economical) ways to shop for ordinary people in modern China.

With the mass migration that began in the 1980s, street vending provided flexibility, freedom and low overheads for migrant workers and the immense growth of manufacturing provided a huge variety of goods for hawking. Urbanisation and increased mobility between urban and rural areas meant farmers could sell more of their produce in cities. Alongside the appearance of private companies, the getihu, or self-employed, endorsed with legal provisions by the state since the ’80s, the first wave of success at the beginning of China’s venture into the market economy, redistributing products such as electronics and clothes from factories in the south via street and market stalls, and making small fortunes.

The most common type of street commerce in China is the selling of jietou xiaoshi (“little street eats”), street snacks. The Chinese tend to rise early, rest in the middle of day and have an early dinner. Night life there is vibrant, with an increasing number of bars and live venues, as well as shops and markets that don’t close until 10-11pm. So it’s no surprise that hawkers have arisen to cater for the peckish. Before the introduction of Western-style supermarkets and chain convenience stores, there were no chocolates, crisps or packaged sweets. Your traditional sweets and biscuits were measured out from large glass jars at the same place you picked up your rice and cooking oil, but mostly, if you fancied something tasty and light, you got it from vendors in the streets.

The jietou xiaoshi were an integral part of my childhood memories, typical snacks such as pickled sour cucumber, mooli and carrots on skewers, braised beef brisket & offal with radish were associated with treats on shopping trips and visits to night markets. The aroma of beef & radish in the air is as tempting and as much of a signature smell of Guangzhou as the scent of steamed rice and lap cheung (Canthonese cured sausage) at noon.

Even in the age of Seven Elevens and Walmart, China has retained its excellent street food tradition, which has even evolved. Mass migration led to a diversification of snacks and flavours from more inland regions spreading to major coastal cities, and the growth of both global and domestic tourism encouraged the preservation of local delicacies.  Sichuanese mala tangshao – thinly sliced meat, knotted noodles and mushrooms flash cooked in spicy soup were all the rage in the 2000s in Beijing, and Xinjiang lamb skewers were a popular street food in cities such as Changchun. 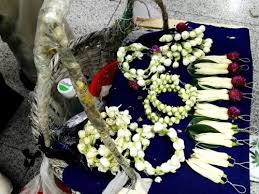 In every region, street commerce plays a sightly different role. In my home town of Guangzhou, capitol of the region with the bulk of the country’s manufacturing plants, street stalls act as retail outlets for wholesalers. The toys come from wholesalers in the Haizhou district and clothes from the ones in Liwan and Shahe. In other provinces, local crafts might make a greater contribution to the street economy.

Not all street vendors are there to make money. Bailan (Michelia), used to be popular ‘buttonholes’ sold on the streets of southern China, where the flower is native, usually by old ladies who’d carefully picked them and meticulously threaded the buds together so they could be hung on buttons or pinned on clothes. I was introduced to this charming local scenting method by my Cantonese grandma. Some of these sellers were retired and looking for something to do with their days, or someone to talk to. With the convenience of mass produced goods, vendors such as cobblers and umbrella repairers, along with these flower ladies, are now a much less common sight on the streets.

Over these decades of rapid growth, some markets have been closed down for various reasons – urban redevelopment, such as the building of the metro system that led to the demise of Xihulu Night Market in Guangzhou in the early 2000s, or the government’s periodic urge to “tidy up” the streets for occasions such as the Beijing Olympics. In many cases, they were simply moved into the ground floors of shiny new shopping malls with multiplex cinemas. Despite these changes, many markets have survived, nor could the Chinese desire to browse, haggle and hunt down that perfect bargain be suppressed. 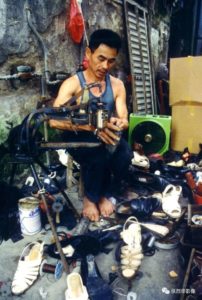 Despite the government’s episodic nervousness about street vendors, it’s not the first time that people are resorting to baitanzi to make ends meet. After the economic reforms that began in the late 1990s, when large numbers of inefficient state-owned enterprises were shut down, and during the recession of the last decade, there have been waves of xiagang (relieved of duty), highly qualified middle-aged professionals and business people having to take up low-end service jobs, or hawk on the streets, an even less culturally acceptable option. Now that fresh university graduates are facing an even more competitive post-outbreak jobs market, many of them will be seeking alternative sources of income.

There’s an important distinction to make between vendors in markets and food streets that have proper equipment for a stall, who are registered and regulated, and stand-alone baitanzi with not much more than a plastic sheet to display their ware. Even the former, the getihu, used to have a bad reputation, being associated with drop-outs and the rehabilitated. The latter hold an even more notorious reputation for counterfeiting and illicitness.

All this is about to change. Government endorsement will give street vendors better regulation, more protection, and as we can see by the number of people who’ve already taken to the streets, more credibility and social acceptance. Once taken into the fold, incorporating it in urban planning might enable street commerce to become a long-term economic solution. Certainly, street stalls are part of the unique cultural experience of China. If you step into a side street and stray into the labyrinth behind the main road, you might be just come across an inner courtyard of stalls, or an alleyway full of wonders.

China’s new approach will certainly alter the nature of the baitanzi. I’d love to be able to get a quick manhua sketch for 20 RMB, see more regional crafts returning, and more indie creativeness. That jiaozi maker a friend of mine had brought from a street vendor proved very useful. The hand-knitted Monkey King, a bit of trad-pop culture I found on the streets of Beijing, is now my mascot whenever I make a public appearance. 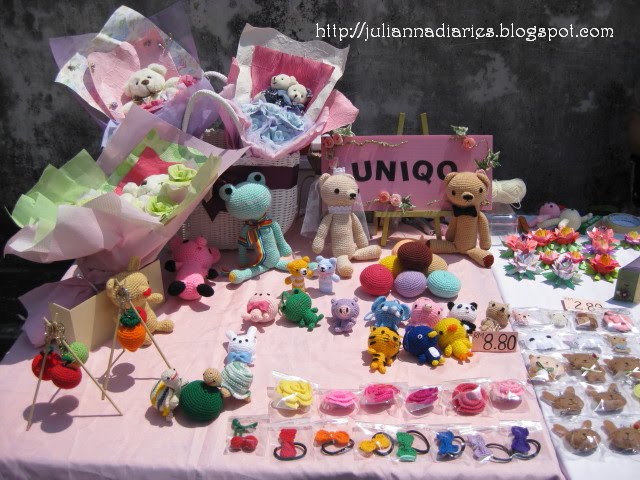