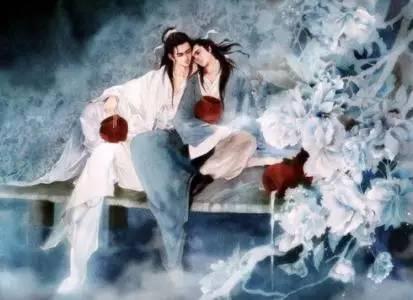 In the third article of my LGBTQ+ series, I put the subject into the context of traditional and modern Chinese society, and look at the challenges faced by China’s queer population, governmental approach as well as factors that are changing public perception.

In Chinese historical records, sexual desire between men can be traced all the way back to 650 BC, and a relationship between women emulating that of a husband and wife, to the 2nd century CE. In China, discrimination of queerness has never led to any widespread moral condemnation the way it has been in countries where it’s considered a sin by the dominant religious belief. Neither Buddhism nor indigenous Daoism, both of which endorse the fulfilling of sexual desires, have been opposed to the principe of homosexuality. Nor have they condoned it. What queer sexuality is considered diametrically opposed to, is China’s traditional culture. Continuing the ancestral lineage is one of the paramount duties of one’s life, a concept strongly endorsed by Confucius thought, to which the traditional patriarchy had looked for centuries on how to rule, how to live, behave and think.

But as long as you fulfilled your obligations and aren’t openly aberrant, there was a certain amount of leeway and toleration for such proclivities. The anecdote about Emperor Ai in the Book of Han is well known. Emperor Ai loved one of his male retainers, the beautiful Dongxian. One day, Dong fell asleep with his head on the emperor’s sleeve, the emperor cut his sleeve off so that his movements would not disturb his lover’s slumber. The term Duanxiupi (the sleeve-cutting habit) later became synonymous with male homosexual love, as is famously used by Pu Songling in his book of ghost stories (Liaozhai) . During the Ming and Qing eras, homosexuality was even fashionable among the aristocracy.

In China, queer sexuality was never really demonised. It was branded as a political error and suppressed during the Cultural Revolution. Later, as China opened its doors to the world, the general public became more aware of homosexuality, but many mistakenly associated it with Western ideas, or considered it a hobby, rather than something intrinsic to one’s identity. In today’s China, the challenge that sexual minorities face is one that is intangible, silent, yet runs deep. It is an omnipresent, ingrained bias of a conformist society against those that don’t conform, taking the form of social pressure from all directions and spheres of an individual’s daily life. Neo-Confuciansim has reinforced traditional values, values that expect the individual to sacrifice their personal happiness for the greater good, that enshrines the heterosexual nuclear family. The country’s birth control policies of the past, which has meant that parents put all their hopes on their only children, has made the struggle harder. In a country that has traditionally strictly defined its gender norms, anything that contravenes this is going to become the subject of discrimination.

While all LGBTQ+ subgroups face a lot of challenges in China, some of them come in different forms. Although transgender surgery is available and legal in China, parental consent is required before the operations can take place, causing many transgender people to seek unofficial channels for transitioning and as a result, suffer from inadequate medical care. Whilst there tends to be even less social acceptance for male homosexuality and male to female transgender people than, for example, lesbians and bisexuals, gay people have gained more visibility via concerns about health issues, the introduction of the World AIDS Fund into China this century. Bisexuals and transgender people have a lot less community support than lesbians or gay people, especially offline. Like elsewhere around the world, a lot of misconceptions still exist in China about bisexuals, and even more about the intersex. Bisexuals tend to be mistrusted by both heterosexuals and homosexuals, both of whom consider them to be unreliable partners. The xinghun, forced heterosexual marriages for queer people, of which there are millions in China, is a widespread problem for all minority sexualities.  Domestic violence because of their sexuality and sexual abuse by queer offenders are also a huge concern, as the law offers little recognition for these types of crimes and no protection. Many sexual minorities interviewed have advised against coming out in China, but instead stress the importance of self-protection and financial independence.

According to research by the Lesbian social media App Lesdo, lesbians who live in major cities such as Beijing, Shanghai and Guangzhou have the most fulfilling lives in environments that are relatively open and tolerant. The majority of them are optimistic about being able to be themselves.  Those in below Tier 3 cities are less fortunate, having to confine the exploration of their queerness to online fiction, the freedom of big cities is something they idealise. Regions in the west and north tend to be less tolerant than elsewhere. There is very little transparency on LGBT+ demographic and experiences in rural China. The outcomes of court cases in various parts of this vast country have shown significant regional differences in terms of approach and therefore local policy, due to varying stages of economic development, levels of education, regional cultures and customs. For instance, some regions such as Hubei have legalised joint same-sex guardianship of children, and Beijing are supportive of transgender equality at the workplace.

The Chinese government’s response has been ambiguous. For a long time it’s adopted a silent approach, neither supporting, encouraging, nor opposing LGBTQ+. At its 2018 UPR, the country gave its first, and rather moderate, official response on LGBTQ+ rights, stating that China respects the health rights of LGBTQ+ groups and offers them equal protection, China seeks to protect the rights of transgender people to undergo surgery, that the current decision to withhold same-sex marriage rights is not due to discrimination, and that the direction of this policy would determined by China’s historical cultural values. The last few years however, have seen a shift in the government’s approach, from silence to censorship, removing queer accounts and restricting usage of social media, removing queer-related products from online platforms, taking a popular queer film out of Beijing International Festival’s programme, censoring Bohemian Rhapsody and its coverage, censoring LGBTQ+ related fiction and visual media online. Sadly, this heavy-handed approach isn’t exclusive to the queer community but is part of a new overall draconian stance by Xi Jinping’s government.

Despite the harsh censorship, there are factors that are slowly changing China’s seemingly impenetrable net of bias and prejudice. One of these is the Pink Economy (fen’se jingji), a term introduced into China and popularised at the beginning of this century by GengLe, founder of Blued, China’s largest gay social media. Fen’se jingji really took off with the rise of e-commerce and China’s internet-savvy post-90s generation of consumers. It caters for an entire subculture, stretching to all kinds of products, from travel to finance, entertainment to socialising. Industries like men’s health and cosmetics in particular have flourished thanks to the Pink Economy, with gay men being considered as trend setters of fashion. Travel is also a major sector, with destinations tailored and itineraries matched to queer social calendars, as well as homophobia-free reservation services.

GengLe wanted the country to recognise the economic power and value of the its LGBTQ+ (estimated 70 million).It’s true, to a certain extent, that this social group has more disposable income. And large businesses were certainly taking notice. E-commerce and tech giants such as Alibaba, Bytedance, Dangdang, Taobao, and the electronics companies like Haier have all shown public support for the queer cause, with CEO endorsements, the featuring of rainbow art, and the sponsoring of queer couples. Capitalising on LGBTQ+ spending power is one thing though, and understanding another. Some major investors in fen’se jingji have been quite open about their interest in the market rather than the cause. Culture develops hand in hand with economy and society, and what the pink economy has succeeded in doing is putting sexual minorities in a positive light.  Seeing queer-related products on shopping sites and a gay couple in Tmall’s new year advert (a bit like the John Lewis Christmas commercial), goes a long way to legitimise and normalise LGBTQ+ in the public consciousness.

Asian funü culture, is often mistaken for LGBTQ+ representation. Originating from Japanese pop culture towards the end of the last century, the funü, or “rotten girl”, refers to female fans of BL (Boy Love) stories, largely featured in AGCN (anime, video games, comics, novels). In China, this has recently manifested in danmei (literally “indulging in beauty”) novels by writers like Moxiangtongxiu (the author behind The Untamed), Huai Shang, and Feng Nong, many of which have been very successfully adapted into manhua, donghua and TV. Whilst these stories eulogise love between men and have inspired mainstream readers and audiences to appreciate love and beauty regardless of the gender, BL is not a realistic representation of homosexuality in any way, but instead has a lot more to do with the way that young Asian women explore sensuality and sexual desire. And sadly, fans of BL are not necessarily all sympathetic to the queer cause.

Judging by the different attitudes of China’s recent generations of LGBTQ+, things do seem to have improved. Those born in the 70s had to be warriors to survive, the 80s generations were rather tentative and hesitant, but the post-90s, born in a time of stability, economic growth and internet boom, are generally confident about their sexuality. Moreover, the country’s younger generations of heterosexuals are a lot more tolerant towards sexual minorities. If you take a look at any of the discussions on Chinese social media, you’ll find a lot of support for issues such as same-sex marriage and queer acceptance, as well as enthusiasm and engagement with topics. Much like the Ming and Qing eras, queer topics have become fashionable again, and this time, not just among the elite. It’s been pointed out that while many might be supportive of a set of ideas online, they’d be a lot less accepting in practice, or of queer people around them. Nevertheless, the most effective ways to improve general public awareness of such issues is through debate, through the influence of public figures and peers, and through the public education work of interest groups who’ve also helped to build up queer communities in China. In the next piece, I look at LGBTQ+ organisations and what they’ve been doing.