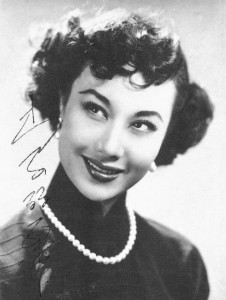 This year, the 35th Hong Kong Film Awards will honour Li Lihua with the Lifetime Achievement Award. As one of the “flowers of Shaw”, I first came across her as I researched “Shaw Sisters: the Fighting Women of Hong Kong Cinema”. I’m pleased that an actor who brought so much to Chinese cinema is being celebrated in this way.  For those who may not be familiar with her, I present a short introduction on Li’s contributions to Chinese cinema.

Born in Hebei in 1924, and daughter of the renown Peking Opera musicians, Li followed her parents’ footsteps, training in opera from the tender age of twelve. By the age of 16 she had already entered into her film career with Shanghai’s Huayi Films, achieving fame with her lead role in “Three Smiles” in 1940. Li collaborated with numerous major Shanghai film companies, before starring in golden-age Shaw works during the 1960s that would make her memorable for generations to come. She went on to win Golden Horse awards for her performances in “Between Tears and Smiles” and “The Yangzi Jiang Incident”. 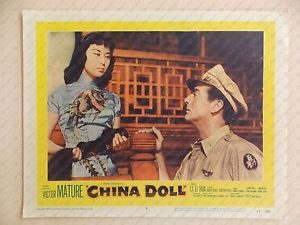 Li’s charm was evident even during her childhood, with the nickname Xiaomi (“little kitten”). As a  screen siren, she gained the alias “The Evergreen Tree” for her youthful looks and unusually long career spanning four decades.  Before she joined Shaw in 1960, Li Lihua had starred in MGM’s 1958 war romance China Doll alongside Victor Mature. Her Chinese decorum would have seemed odd, especially for an actress, to Western audiences, nevertheless it has been said that one reason she left Hollywood was that she felt uncomfortable kissing on screen. Two years later, Li joined Shaw Studios, which would nurture China’s very first glamorous super stars.

Li was a versatile actress, adept at comedies as well as drama, though she excelled in playing strong female characters in historical epics, whose courage and dignity strike through all the patriarchal and feudalistic attitudes that dominated ancient China. In “The Magnificent Concubine” (1962), based on the greatest concubine in Chinese history, Li portrays a woman reduced to a subservient role within a chauvinist society, her death caused by courtiers who envy her influence over the emperor. Li manages to give Yang a great deal of strength and dignity. 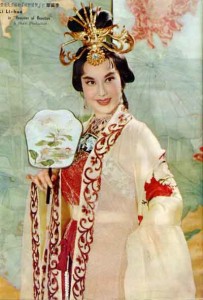 Due to political instability in mainland China throughout the early and mid-20th century, mass migration meant that the population in Hong Kong doubled over a decade. Many who settled in what was at the time a colony sought comfort and solace in the cinema. Shaw Studios responded to this by introducing elements of traditional Chinese culture well-loved by the audience, making musicals and historical epics with lavish and exquisite settings of imperial courts and ancient China. Two of the studios’ trump cards for these genres, were director Li Hanxiang, and Li Lihua.

From both a cinematic and a performance point of view, “Empress Wu” (1963) is a masterpiece. Glorious, luxurious sets of palace interiors and imperial back gardens look astoundingly real, showing off the opulence of the Tang Dynasty, a time when cultural influences from neighbouring countries like Persia were apparent in courtly life. Everywhere the eyes turn they find something to feast on. Not to mention Li’s tastefully resplendent costumes. With Dun Huang influenced artwork, elements of Voodoo and Eastern shamanism, and a mixture of Western and Eastern atmospheric music, the film is truly a feast for all senses. One feels immersed. 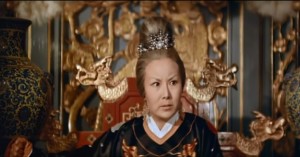 For a long time Empress Wu was vilified by many authoritative histories of China, but in Li Han Xiang’s film, Li Lihua’s rendition of China’s only empress brings the issue of gender inequality to the forefront. Her performance is majestic, powerful, intimidating, that of a female leader who easily exerts intellectual, political dominance over her subjects in an age when women are treated like chattel. Her countenance and demeanour are theatrical without melodrama, her clear and bright voice has a melodic quality that transmits emotions brilliantly. She expresses truly Shakespearian range – motherhood, love, family, state affairs, being a powerful female in a patriarchy.

Since Li’s unforgettable performance, Empress Wu has become a coveted role for many mature actresses. I grew up with the well-known 90s TV series starring Liu Xiao Qing that tells the story from Wu’s youth. Many consider her the most majestic, powerful and strongest of Chinese actresses. If you are going to watch one Li Lihua film, I would recommend this.