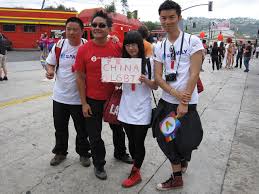 Whenever LGBT issues are mentioned in connection with China, they are almost always reported as negative. LGBT Apps and events being shut down, and one map published during Pride Month coloured China black, as “Persecuting LGBT”, alongside countries like Iran and Nigeria, where homosexuality is still a capital crime. This is of course an outdated and selective view of the country, and whilst it still has a way to go, I think it’s important to set the record straight as to its actual current position, and the history behind it.

Like most things about China, its attitude to LGBT issues needs to be understood within the country’s very unusual and unique historical and cultural context.

The ancient Chinese had passing acceptance of queer relationships, with homosexual love appearing in written records as early 650 B.C. As with most agricultural nations, where progeny are a necessity, society tolerated homosexuality mainly as a casual penchant of royalty and the aristocracy through the dynastic periods. As society modernised, the political climate during the 1960s and 70s, meant it became politicized as a “bourgeois decadence”, and was outlawed as a crime against the country. It wasn’t until the late 20th century that the Chinese really began to interact with the concept of LGBT, in a way that lead to mass inherent misunderstandings. In the late 1990s, legislative progress began to be made. This was slow going, beginning with decriminalisation of homosexuality, but not extending to the removal of trans and queer issues from the list of mental disorders until almost a decade later.

Still, there is a huge amount of stigma attached to anyone who does not fall into a narrow hetero-normative definition. An overwhelming majority of China’s estimated 70 million LGBT remain in the closet. This is essentially because of the social pressures in a highly conforming society, that is to a large extent, still Confucian at its core. In a society where your forebears are held in godlike respect (and parentage in not much less), the production of a new generation is seen as a duty, ratified further by the controls on birth rates. Revealing yourself to be involved in, or even interested in a non-procreative lifestyle, not condoned by your family, can immerse one in an entirely separate hell from the lack of legislation, alienating  exactly those who should be your support network! Moreover, there is still no legal protection for LGBT civil rights, and whilst some laws are in place granting legal identities to transgender people, it still falls short of what campaigners want, or being complete enough for practical application.

Apart from bullying at schools and workplaces, the LGBT community face discrimination from the very people who should be impartial. Gay men find themselves turned away by from medical treatment for HIV and AIDS, however it was contracted. Lesbians and transgender people, on the other hand, struggle to raise their very low profiles, with China’s Department of Health, which oversees LGBT matters, prioritizing gay issues. Abuse by relatives or same-sex partners suffered by China’s LGBT remain largely under the radar due to fear of being outed to the wider community.

However, whilst its problems and plights are plenty and heavy, the LGBT rights movement is relatively new in China, and its progress has been relatively swift. 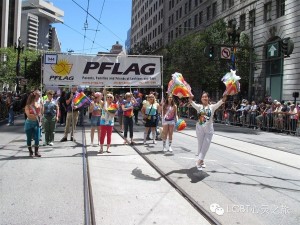 In the 21st century, LGBT China has truly gained a community on the internet, led WeChat and Weibo groups, as well as dating and life style Apps and sites such as Blued, Rela, Zank and LESDO, some of which have several million registered users. Aware that the political climate is not conducive to marches and parades, Shanghai has hosted its own Pride, founded by Charlene Liu, for 8 years now, by holding a pride run in June whilst spending more of the year touring the country and holding discussion groups and meet-ups. Work For LGBT, an NGO founded by Steve Bielinski, held China’s first LGBT job fair two years ago.

Online forums have also generated a lot of in-depth discussion from the remainder of the population, and helped to resolve some of the misconceptions about the nature of their queer colleagues, friends, and family, and to alleviate the lack of representation in mainstream media. Support is slowly growing for the LGBT cause, and organisations fostering understanding are slowly springing up, such as the “Parents and Friends of Lesbians and Gays” group in Guangzhou, and small localised events like traditional style marriage markets, where mothers in Shanghai sought good husbands for their sons, have gone viral. In the mean time, activists like Qiu Bai are making progress with campaigns seeking apologies from publishers who continue to list homosexuality as a disorder in text books.

The suffocating social pressures are slowly, slowly, being lifted. 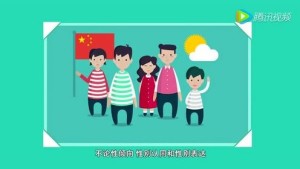 Homosexuality only became legal in a developed country like Britain 50 years ago. While China is decades away from legalizing same-sex marriages, many pioneering cases concerning LGBT rights are now being heard there, demonstrating acknowledgement from a state that has been hitherto noncommittal in its attitude. These cases include the suit against a civil affairs bureau for refusal of gay marriage, against a clinic for enforced conversion therapy, and another for discrimination against transgender employees, prompting National Congress to at least draft new anti-discrimination policies.

Whilst it is deeply lamentable that some LGBT related events and websites have been shut down, the online community would be non-existent if the tens of thousands of net police employed to maintain the Great Firewall had not allowed them to operate. It is progress that LGBT matters are no longer seen as a threat to the stability of the state, but part of the developing individuality of its people.

This article, written to coincide with International Pride Month, was intended to be a fuller piece on the history and condition of the LGBT in China, but the research revealed a much bigger project than I had anticipated.  I intend to revisit this subject next year, and by then, who knows how far we will have come?

In the mean time, I leave you with some Chinese LGBT vocabulary for practical usage.

同志 tóng zhì – comrade, a revolutionary term which has evolved to also refer to gays and lesbians, adopted from mainland China into other regions.

形式婚姻 xíng shì hūn yīn – “marriage of form”, hetero-sexual marriage of convenience, a collaboration between gays and lesbians in order to lead undercover lives with their chosen partners free of stigma

同妻 tóng qī – straight women who, for one reason or another, end up in a marriage with gay men

半米半面 bàn mǐ bàn miàn – “half wheat half rice”, or “half rice half noodles”. A slang term for bisexual. The Chinese are nothing short of obsessive about food, so of course this trickles into almost every other aspect of life.

二形子 èr xíng zi – originally meaning hermaphrodite, used in some Ming and Qing vernacular fantasy novels to depict characters who are able to change genders at will in order to have intercourse with men and well as women. 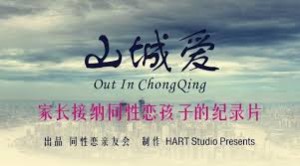