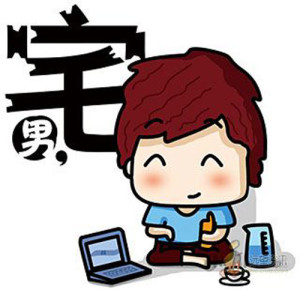 From the outside, China has a unified people. It presents itself as a united country when dealing with any outsiders, though internally, they are proud of the 56 ethnic groups which make up the whole. Each region having its own customs and rich history.

These days, with the increasingly widespread presence of mobile phones, wifi and other communication channels, new communities spring up, and new tribal lines are drawn. One of the nascent new people of China, are a community whose mythic stories star giant robots, whose traditional dress is Cosplay, and whose folk dances consist of spinning leeks.

The fact that there is an emerging geek culture in China is something we should rejoice in. China has been, out of necessity, one of the most homogenous societies in the world, with a strict work ethic, and an obsession with self improvement. A day spent just playing video games is seriously frowned upon.

So, what is geek culture in China? Here’s a brief, and rather harried overview of some of the geekery I’ve run into. Don’t worry, I will be writing a lot more on this social group.

During my last time living in Beijing , I met enthusiastic anime fans, gamers, devoted cosplayers, passionate tongren (doujinshi) writers, and indie comic authors who have focused their work on contemporary Chinese society, and love for the city they grew up in. Though heavily into their Japanese anime, there are always a certain contingent of cosplayers at each event I’ve attended, with amazing Chinese traditional style costumes, mostly from video games like Dynasty Warriors, or China’s myriad of Wuxia MMORPGs. Recently cosplayers have started designing, and wearing their OC (Original Character/Costumes) for traditional festive occasions, such as Zhonqiu and Qiqiao.

Whilst hyperfast fiber optic cables are being laid, it’s still rare for individuals to own high end gaming rigs, and internet cafes abound, with low lighting, huge selections of instant snacks, and humming hardware preloaded with an array of well designed, addictive, MMORPG, in which friends separated by China’s vast size, unite in raids and quests, catching up with local news over voice chat as they dungeon crawl.  Apart from World of Warcraft, and Long Jian 龍劍 (Dragon’s Sword Online), the likes of League of Legends, an army of casual games from QQ (China’s ubiquitous social media provider) make regular appearances.

Maid cafes dot the backstreets of big cities, welcoming those who know where to find them. Staffed by Mung (Moe) girls in knee length traditional maid outfits, the owners know their clientele are the geek contingent,  holding events such as anti-valentine day, where only singles are admitted, and late night openings to host the beginning of new Bienshen (Henshin) series like Kamen Rider, or Planet Saver.  One thing Chinese geeks don’t lack is enthusiasm, a couple of years ago, we attended a whole convention in a school in Guangzhou, based on just one anime.

I have already written on the huge Transformers following in certain Chinese cities, and the caring communities that have built up around this fandom. I may write more in detail about the range of 3rd party, K.O., and  original home grown series toys that are being reviewed by Chinese YouTubers, and gaining a steady reputation for their quality amongst reviews in the UK. 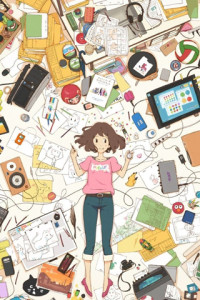 The Chinese word for geek or otaku is 宅 “Zhai”, literally “abode or home”, so translates as one who dwells indoors. And, as in the west, there is a certain stigma within the mainstream attached to the Zhai, as being uncool, awkward people on the periphery of society. However, the Zhai themselves are beginning to be proud of their geekdom. At a Transformers convention, I met a huge TF comics geek from Beijing, who’s read every single related comic to date. She declared to me that she is proud to be a Zhai Nü (geek girl) who sits at home reading comics instead of going out to get a boyfriend!

A distinct feature of Chinese geek, partly fuelled by the density of urban living, is how serious and large scale even the local cosplay competitions are. In a country that not only produces official costumes for big international franchises, but where skilled local tailors can be easily found and economically commissioned, most contestants would have their full costumes made bespoke. It is an honour to win and a shame to lose, with cash prizes, corporate sponsorship, and of course, the all important Chinese “face” on the line. This Spartan approach reveals something that is at the core of Chinese society. Even in this relatively hedonistic and indulgent subculture, those ingrained needs to achieve, and for self-improvement rear their head above the walls of enjoyment.