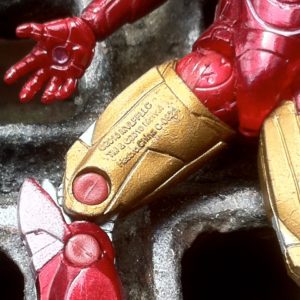 Iron Man 3 came out in the UK a month ago, and watching it, a few things came to mind. I’ve waited this long so this article will not be seen as spoilers, but if you still haven’t watched it, Iron Man 3’s Mandarin….

There had been more than the usual amount of hype for this movie, what with Faverau’s successful first 2 installments, the US-Chinese coproduction, the Chinese funding behind the project and the announcement that Andy Lau (melodramatic cantopop singer, do-right heroic actor, and much beloved by the Chinese), was appearing in the film. It was also leaked that Iron Man 3 would pit Stark against his traditional enemy, The Mandarin. This was getting better and better, and I was excited to see how this character was going to be portrayed. Then Lau dropped out of the cast to spend more time with his new daughter. Very Chinese, very worthy, but also very disappointing. I was really looking forward to seeing a supremely powerful, supremely evil Chinese badass overlord. Was I disappointed.

First of all, a geek briefing on The Mandarin, as depicted in the comics. The Mandarin first appeared in February 1964 in the Marvel anthology series, Tales of Suspense, as a secretive warlord powerful enough to refuse allegiance with Red China. Facing off against Iron Man, he unleashed a Swiss army knife of mystic powers emanating from his rings. He returned with rapidity over the year’s worth of issues, trying to destroy the world, and its defender, Iron Man. In traditional villain colours of green and purple, he had a big curly mask and a big M on his chest. We are told through flashbacks, his rings were inherited (stolen) from a race of aliens bearing close resemblance to Chinese dragons, that he was a descendent of Genghis Khan, and that his seated family lost everything to the formation of the Chinese republic. And his witch-like aunt raised him to hate the world.

This was a fantastic villain for 1960s America, when foreign power and red armies were the thing of scare stories. And what better enemy to have Tony Stark face off against to prove his American credentials despite wearing a red suit with gold deco, than having an alter ego, not dismally named from the Steel Man, Josif Vissarionovich Dzhugashvili (Stalin for short). Even in 2007’s animated feature Invincible Ironman, the Mandarin had retained his über evil Chinese villain persona as an ancient dragon controlling demigod.

The East and West have always appeared somewhat exotic to one another, with mutual fascination on one hand and awe on the other. Villains as well as heroes need to inspire awe, we need to be impressed with them, in order to believe they are a real threat, and whilst characters such as Fu-Man Chu, Lo Pan and the Mandarin rely on and in fact help define stereotype, the impressive, identifiable and awe-inspiring elements of a culture are emphasized and designed to make them formidable as villains. This is why many of Marvel’s comic renditions of the Mandarin have kept him as “Chinese” as possible, with his magnificent silk gowns, bejeweled hands that equate power with opulence, narrow eyes, razor-blade chin, long hair and beard that radiate “EVIL”. Villains are as important to a story as heroes, without respecting the bad guy’s power and threat, there is no merit in the hero’s triumph. Why should the Chinese be denied their impressive villains? Despite their mistaken and confused ideology, villains almost always possess great style and have phenomenal belief in their ideology. Their confidence and panache, perhaps combined with better ideals than global domination, are positive traits for those with sound ideals to aspire for.

In Iron Man 3 however, the filmmakers seemed to feel they needed to make certain concessions, to placate the Chinese audience, from whose cinema attendance they will be reaping massive profits, by portraying the Mandarin as an ethnically untraceable hotchpotch of terrorist guru and cult leader. As the film progresses, he is stripped of his slick Youtube presence, and exposed as a bad actor from Croydon half way to becoming one of those scary weirdos you meet on the bus. Right up to the end of the credits, I was expecting to see him to peel off his make-up and walk off, Keyser Söze style. Unless there’s some major retconning, Disney have done what the Avengers have never managed, and completely destroyed The Mandarin.

Thinking back on the casting, very few actors could have carried off this oriental villain role, and Andy Lau is foremost amongst them. Lau, who has slightly more fans than China has factories, played countless self-sacrificing heroes on film and TV, and despite having made Hong Kong his main residence, has so actively shown himself to be pro-mainland that he has become one of those unchallengeable Good Sons of China. Playing the villain is part of the aging process for Chinese actors, and an important part of their career, between playing the hero, and the Pai Mei old master.

Personally, I would have loved to see the brilliant James Hong take on the role of the Mandarin. He has played more evil oriental overlords and kungfu grandmasters than you’ve had stir-fried dinners, though it may be 20 years too late to picture him in a good hand to ringed hand fight with ol’ shell head. If they really wanted to please the Chinese audience, then casting needs go to Chen Dao Ming, an actor of formidable presence, who gives the feeling that, behind those graceful and slender Chinese features are unfathomable and fearsome designs. Depicting The Mandarin as a commanding, Machiavellian overlord, Chen would be an excellent choice. He’s best known domestically for the title role in the 1988 classic TV series The Last Emperor, and more recently, as China’s first emperor in Zhang Yi Mou’s Hero.

Apart from the great care taken to nerf the Mandarin into non-existence, for the Chinese audience (honestly, even his Chinese name, 曼达林, is just a phonetic translation), the coproduction shoehorned in additional footage to the film’s Chinese release, cutting to Tony’s “good friend” Dr Wu, to make implicit that China is 100% behind Iron Man’s battle with the Mandarin, whilst waving Yi Li powdered milk and leggy actress Fan Bing Bing needlessly in front of the camera. Strangely enough, Chinese zhai were not pleased with this.

I have one final jibe on the destruction of Chinese culture in Iron Man 3, and it’s not about the blowing up of Grauman’s Chinese Theatre. It was the prolonged monologue from the Croyderin that fortune cookies were an American invention. Whilst it is true that fortune cookies were created in Los Angeles, they were created by David Jung, a Chinese immigrant and founder of the Hong Kong noodle company, as a gift to the local poor he saw wandering near his shop. Jung made cookies and put a strip of paper with an inspirational message in each of them, and handed them out for free. In the 1940s, this type of cookies became popular in Chinese restaurants, and the message on the strip of paper evolved into one of wishing guests felicitous fortunes.

First published on Xanga in May 2013, re-uploaded to coincide with DVD release