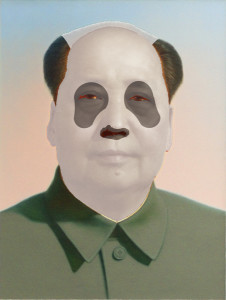 As this week’s rocky Scottish referendum slowly settles, with the outcome much to the relief of many, and chagrin of others, I can’t help but think about Yang Guang and Tian Tian, the giant pandas at the Edinburgh Zoo.

Nowadays, pandas are almost as synonymous with China as dragons. They occupy a very special place both within the internal, and international psyches regarding China. Whilst the torrent of abuse may continue against China regarding Tibet and Taiwan, for years to come, relatively few have disputed the fact that the Chinese have greatly improved on their past mistakes, setting up a range of panda sanctuaries and breeding centres around the country, to nurture this endangered species.

In Chinese, pandas are called 熊猫 (“xiong mao”, or Bear-Cats). They are bears, the Ailurpoda melanoleuca, part of the Ursidae family. They can be just a dangerous as their cousins, the Grizzly or Black Bear, but any whisper of a panda pregnancy makes it into national news. We coo over every adorable picture of them in the news and every documentary shot of them in their natural habitat, and even adopt them via the World Wildlife Foundation, which uses one as their logo.

All attempts are made to encourage their mating, and every detail of the programmes, from special enclosures and dietry suppliments, to more progressive methods such as mood music and panda pornograpy, is reported in detail. They are very much treated as cute and cuddly friends of Man, by the Chinese as well as the rest of the world.

Why? Could it be their black and white colouring? The fact they are carnivores turned herbivores? Their ability to stand on their hind legs and walk like humans? Nobody really has the answer, but the Chinese definitely view pandas more from the cuddly cat part of their name, rather than scary bears.

As a child living in China, one my earliest memories of pandas was watching Adventures of Panda (1983) on TV, about Ping Ping, a curious cub who ventures away from his mother to explore the forest. After being captured by hunters he is rescued by a folk doctor of the Zang ethnic people, and his grandson Xiao Feng. Inflamed by the loss of their prey, the hunters lay traps to capture both Ping Ping and his mother, but the brave and clever Xiao Feng saves them from the hunters’ clutches.

The Chinese people’s love of the Panda has been used as a secret weapon by many  modern Chinese leaders. Personal resemblance a panda, can only help political success. Take modern China’s first great leader, Chairman Mao Zedong. Aside from his ingenious military strategies, which gained China its independence, and his peasant reforms, his rotund and cuddly features were certainly panda-esque. As he matured, his half-bald head, crowned by shiny horseshoe of dyed black hair, peaking round the front at the “corners”, resembled a black pair of panda ears. The next great leader, Deng Xiao Ping, was known for his economic reforms that opened China up as the manufacturing power house of the world.  Albeit of smaller stature, in his old age, Deng also grew to resemble a benevolent panda, sporting the Mao cut, with slightly fuzzier hair adding to his own panda persona, as his deep set eyes, began looking like the black rings of fur around a panda’s.

The next two, Li Peng and Jiang Zemin, rather abhorred for their beastly policies, tried the panda impression but just couldn’t cut it. Both having rather squarish faces, and  poor choice of glasses.  The panda look is back however, with the current leader Xi Jinping, with slightly more emphasis on the Bear, than the Cat.

Panda have also somewhat become an international as well as national treasure for the Chinese, one of their soft powers of diplomacy. Receiving a panda, or more fortunately, a pair to breed, is a very special gift. Only those in great favour would receive pandas from China. Tuan Tuan and Yuan Yuan were granted to Taiwan in 2008 for instance, even though there were issues, as China and the WWF had a difference of opinion as to whether the animals were being transported internationally.

Apart from the five pandas poached from China by Floyd Tangier Smith in the 1930s, Britain had not received a panda since Edward Heath’s leadership in 1974. This held until 2011 when two were loaned to Edinburgh zoo. Had the verdict of the Scottish independence referendum been “yes”, we would have lost Yang Guang and Tian Tian. Oil, labour supporters, and fluffy Chinese bear cats, it would have been a tough loss.

No matter what the reasons behind the world’s love of pandas, they are an icebreaker not only on the international political stage, but also countless trade talks, small and large scale,  between China and its partners. They are capable of melting people into new cross-cultural friendships. Their value is something definitely worth treasuring by us all.