The Chinese Visual Festival is a mixed bag, documentaries, art films, first time projects and a few gems. It’s difficult for me to cover the whole festival, but I try and cover a couple of screenings each year. This year’s LGBT programme was most inviting, and having missed last year’s, it was one I was determined to attend.

The evening’s introduction by notable academic, Luke Robinson, sort of prevented me from viewing these pieces individually, rather than as broad strokes in a single engagement with LGBT in China, and personally, I feel that many of his points could have been saved for the conclusion, but from the very start, one felt as if each film maker was responding to a very uniform attitude.

The first of the three short films, “Outside and Inside of a Well” by Yu Ziyang, examines feelings towards varied sexualities, the protagonist’s sexual curiosity represented by his androgynous appearance and heavy make up. Traversing different spaces, artefacts and costumes represent various ideas and emotions. The transformations and abstract setting, combined with our young protagonist, gives this piece an ‘Alice in Wonderland’ style. Culturally acceptable heterosexuality seems beyond his grasp, with ideas of ethereal, idealised females being conveyed, whilst his visceral homosexual desires, portrayed as bestial, aggressive and even deranged, assault and bind him in chains.

“Surrounded by Marks”, is an artistic short film by Carl Colorful, which explores a young man’s loneliness, sexual frustration and feelings of isolation from modern media. It is presented without subtitles, with any meaningful dialogue drowned out by TV static, leaving the character voiceless. Shifts in moods and tone are subtly conveyed with shifts in pallette, and ideas of childhood and sacrificed innocence can also be read, with the desires and experiences of the central character wholly introvertial, with no part really reflected by the media, just in each other.

Polished NewWave-esque micro-drama, “Wandering Mind” slowly unravels the story of a woman torn between the two elements of her bisexuality, edged with personal loss. The stylized rendition, monochrome flashbacks and coffee table melancholy conveys the character’s dischordance with lingering sadness. A trope of many Chinese productions, the switching between Mandarin and Cantonese to reflect emotional separation and intimacy between characters, is used to great effect here. It’s a shame this cultural key point is lost to the Western audience, and I do hope that a director, or even an editor or sub-titler finds a subtle way to confer it.

The central piece of the evening’s screenings, was Fan Popo’s “The VaChina Monologues”, documenting the progress of Eve Ensler’s renown feminist play during ten years in China, from its first performance in Guangzhou in 2003, its journey via Shanghai, Beijing and finally it’s localisation back in Guangzhou.

The core of this piece are the debates sparked, and projects inspired, but equally interesting to me are the different approaches taken by academics of the major cities that pioneer the country’s cultural development. Bejing wax lyrical about the cultural meanings of the play, shoehorning higher, traditional readings on the work, forming connections between the Chinese word for vagina, “阴道” (“Yin Dao”), and Daoism. Shanghai pick up on the social impact of the play, how it brought women together to talk about feminist issues, and how the performers’ families reacted to their participation in a play that is still considered very controversial for China.

Guangzhou, ever the revolutionary, revel in being the first to perform a globally recognized, rebellious feminist work. According to a professor at the university, the purpose of performing an American play in China was not only to highlight the neglected area of attitudes to the female body, and problems surrounding women’s issues; but also to encourage indigenous thought and debate. I was very impressed that another professor actually stepped up as a monologuer, to challenge the social taboo on female sexuality (and in fact the loud, publicly confrontational female), supporting her students’ work with the legitimacy of consent from a figure of authority, a very important aspect within Chinese society.

The subjects dealt with in “The Vagina Monologues” – rape, violence towards “the weaker sex”, and gender realignment, are still difficult to discuss in China, and the act of staging it was a brave one. Other brave choices were made. A gay actor known for his misogyny, was cast to play the role of a male to female transgender, who celebrates her newly attained vagina. In the process of working on the play, he had apparently come to learn that they share many issues. A lesbian actress, also taking this part felt empowered to continue being a lover of women, but still very much a female in her own right.

As a promoter of Chinese culture, I am always looking for original Chinese works that grow out of contemporary discussions, and Guangzhou’s later local adaption of the original American work brings out the reasons why I love my role. The new version challenges the conventions of Chinese female physical stage acting – ethereal, graceful and gentle, instead presenting the female body as something strong, empowered and empowering. In a resultant project, in the light of increased debates on gender and attitudes towards the female body, two like-minded film makers came together for the short film “Mini-Skirt”, examining attitudes towards a garment that has been seen both as further entrenchment of women as sex objects and a form of female liberation. The Xiao Hong Hua (“little red flower”) Society, which formed out of a gender forum at Sun Yat-Sen university, are holding independent events to promote feminist and gender issue awareness among the general public.

The screenings were followed by a Q&A session with a guest speaker on VaChina Monologues. She makes the interesting hypothesis that lesbianism in China has much to do with arranged marriages and the phenomenon of Sheng Nu (“left-over” women), which have propelled women to think about their gender, some at quite a young age. She explained that now, one of Xiao Hong Hua’s projects is an outreach programme to villages in Guangdong, to talk to children about gender, helping them develop short plays based on the discussions. She found talking to these children an educating experience. The children are very open minded, with girls generally being more comfortable with gender fluidity, initially, than the boys. They had trouble at first recognising the gender of the more androgynous of the volunteers, who quickly became the objects of admiration and fascination for both boys and girls after some interaction.

Being avant garde, or nonconformist in China has its costs though. Four participants of these projects were recently arrested, most of whom were homosexuals, and friends of our guest speaker. Whilst homosexuality and the right to gender transition was legalised in China in 1997, there is still no state enshrined same sex marriage or even recognition of a same sex life partner. There aren’t even anti-discrimination laws based on sexuality or transgender issues. In fact, it can be said that gender issues are something that Chinese society would still prefer to ignore, only clamping down on any activists seen as a threat to social order. I was struck by the words of a lecturer at Sun Yat-Sen university, that broaching such a social taboo and controversial subject is not the norm for Chinese students, and the light hearted way that many took to it, it was a strange fashion, like cosplay!

In some respects, cosplayers are a very brave group of people whose interest in outlandish clothes, and other cultures can mark them out for ridicule or worse. However, over the years, they have carried on, supported each other and continued to express their love for games, literature and films which are part of their identity. If that’s the element these students bring into Chinese gender politics, with the support and strength to stand up and talk about what they believe in, let there be more cosplay in China! 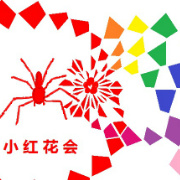 If you would like to be involved in opening minds at grass root level with regard sexuality and gender issues in China, here’s in more information about the Xiao Hong Hua Society, which has limited core members and would always welcome volunteers.

Thank you to James Mudge and Elaine Wong, directors of CVF, who organised my attendance, and Keng Hng, from DiversityRoleModels.org who accompanied me.