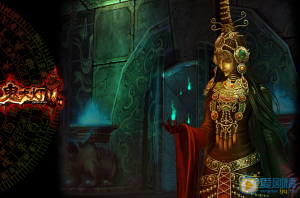 Our penultimate post is about popular Chinese fiction of the ghostly, grave-robbing kind. We are thrilled to post this piece by writer and translator Xueting Christine Ni, who is currently working with the fantasy and science fiction author Tang Fei, and writing a book on Chinese deities. Having studied English literature in London, and Chinese literature in Beijing, she is now based mainly in the UK.

As a writer on Chinese culture, specialising in pop culture, I’m often asked about genre fiction. “Do the Chinese do science fiction?” or “Does China have Horror?” Over the last two decades or so, Chinese pop culture has grown exponentially. Economic growth and relative political stability have allowed writers and artists the space to let their imagination run free and to create in readers a taste for such entertainment and variety.

In 2007, when studying in Beijing for my post-grad, one of the things I liked to do was browse the bookshops and best-seller lists, looking for the hottest nuggets of contemporary culture. I have always loved horror stories, whether it is the ghosts of my childhood from Liao Zhai (Pu Songling’s Strange Tales from a Chinese Studio), the dark Victorian tales I read in my adolescence, or the fantastic array of gothic fiction I studied at university. When I chanced upon Tian Xia Ba Chang’s Gui Chui Deng series (literally, “Ghost Blows Out the Light” series; AKA Chronicles of the Ghost Tribe), the promise of adventure steeped in myth, history and fantasy immediately enticed me, inspiring the same sort of excitement I felt when picking up a Wilbur Smith or Elisabeth Peters.

Read the rest of the article on Global Literature In Libraries Initiative or Paper Republic.