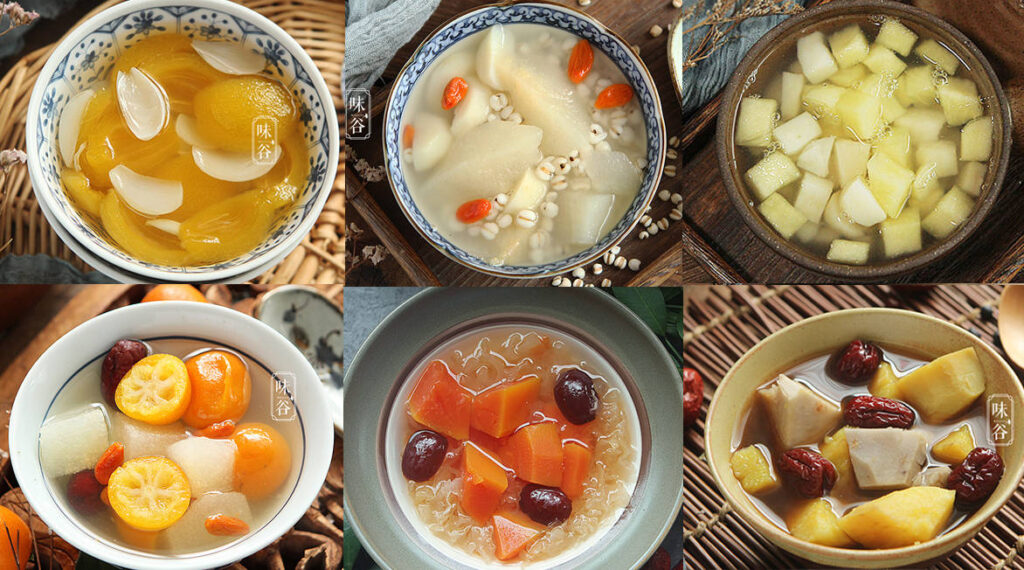 Frequently, conversing with my Western friends about Chinese food, I hear the old line that “the Chinese don’t eat desserts” wheeled out. The only thing they can really point to is the toffee apples and toffee bananas, which a lot of restaurants over here offer. This is a misconception worth correcting.

It is true that northerners have less of a sweet tooth than southerners, though desserts such as Tang Yuan, black sesame soup are taken all over the country. In places like Beijing, they have their own version of winter toffee crabapples and hawthorns. However, in the south, it’s a very different story.

My childhood in Canton, where people stay up and go for after dinner strolls in the warm night air, and love their sweet foods, was full of memories of deserts and treats. Things that I still yearn for in Britain, and seek out on my visits back to Guangzhou.

During Guangzhou’s scorching and humid tropical summers, one of the delights is stopping at a food stall to cool down with a bowl of green or red bean soup. Here, beans are wholly savoury, and belong on toast, or in chillies, but red aduki beans, are a legume native to the south of China. Already slightly sweet, the beans are boiled in water, with a sprinkle of crystal sugar for the sweet, almost chocolate like taste.

These dairy-based smooth, thick and creamy pastes are definitely more of a winter dessert, akin to custard. Usually served in the clay pots in which they are baked, they are often flavoured with nuts, such as almond and hazelnut.

One famous variety in Canton is crushed ginger milk, which can be taken cold or hot. The spiciness of the ginger tickles your throat whilst the sweet smoothness of the milk glides over your tongue.

Whilst more Western style ice cream parlours have opened in China, such as the American chain Coldstone, who flavour your desserts on chilled slabs, there are still distinctly southern Chinese flavours preferred by their customers. Alongside black sesame and green tea ice cream found throughout Asia, I like to seek out the lovely lilac colour of taro ice cream, as well as, red and green bean flavours. Guangzhou’s Five Ram brand offers taro ice cream cones and ice lollies whereas red and green bean flavours seem to work best just as ices. I remember really enjoying the sour plum ice lollies in my mother’s home town in the north east, which in those days, could be purchased for 20 cents at street stands, and would cause me to pull funny faces with every lick.

Similar in taste and texture to the sorbet, but resembling multi coloured ice mountains, raw ice is shaved off a huge block and caught in a cone or bowl, before syrups or coulis of tropical fruit such as mango, kiwi and papya are squirted over it, sharing their flavour. You can always have mixed flavours to give your ice mountain amazing colours , or add toppings of black rice pearls to vary the texture. An ideal dessert for sharing.

Another good sharing dessert are these thin, large pancakes, flavoured either with  white sugar or red bean paste stuffing, before being folded and sliced up into bite size pieces. There’s always a few more pieces than I can comfortably manage, and if I’m not sharing, I’m always tempted to eat the last few, even if I’m really full.

You may already be acquainted with red bean buns and custard buns from the dim sum menu.  There are also smaller dumplings with rice flour skins, stuffed with peanut, sesame, or red bean paste. These sweet rice dumplings are often served in soup (Tang Yuan), and are mainly taken at the end of Chinese New Year (as Yuan Xiao), and during Winter Solstice.

One of my personal Chinese desserts is lohmaichee, of which the Japanese variety, Mochi, is much better known over here. These are sticky rice paste of various colours stuffed with sweet treats like peanut, coconut, red bean, mung bean, pandan or banana.

I can feel this subject expanding as each memory sparks five more.  If you ever go to Guangzhou, there are whole streets lined with stalls offering literally hundreds of varieties of desserts. If your appetite is already wetted though, some of these delicacies can be found much closer to home, and those in London may find something to suit their palette at the Golden Gate Bakery on Shaftsbury Avenue.