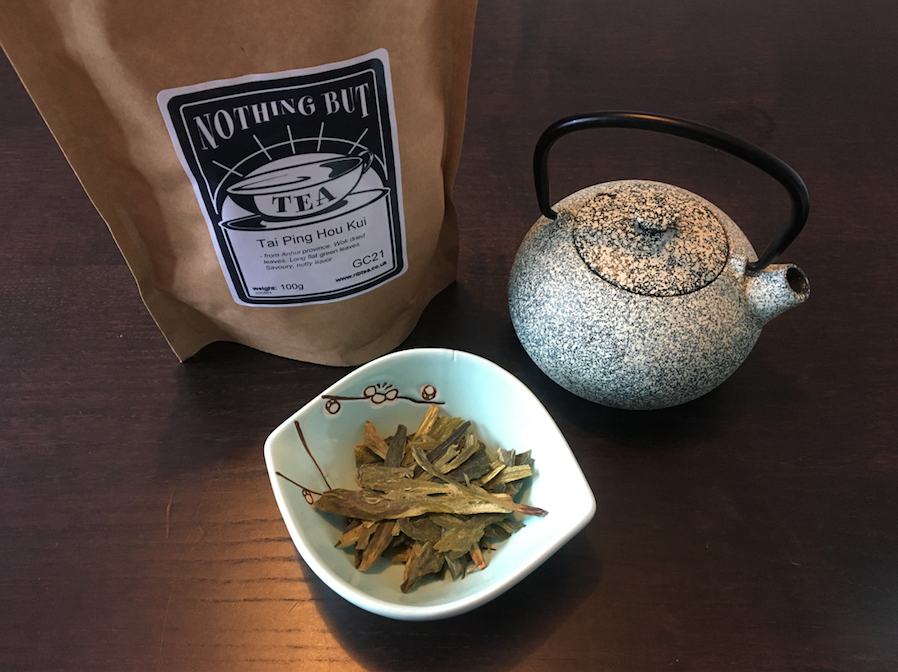 As there was so much interest and enthusiasm surrounding the tea panel I appeared on at this year’s EasterCon21, I’m publishing a series of mini reviews on the spring teas I’m drinking this year, provided by the lovely Nothing But Tea.

Spring is a great time to drink lighter categories of tea that still have a bit of strength to them, such as green and yellow teas. I’m starting with the Taiping Hou Kui 太平猴魁, which is a lücha, or Chinese green tea. Lücha makes up over half of China’s tea output. Green tea leaves are heated to stop the oxidation process before they are shaped, dried and sifted, which gives them their distinct greenish hue and aromatic quality.

The Taiping Houkui has very pretty feather-like flat leaves that are characteristic of the lücha. They are larger than most Chinese greens, because larger leaves as well as the buds and tips are used for this variety. I’m using glass tea ware so we can appreciate the delicate light gold of the liquid. Porcelain pots and cups would also be suitable to make lücha in. 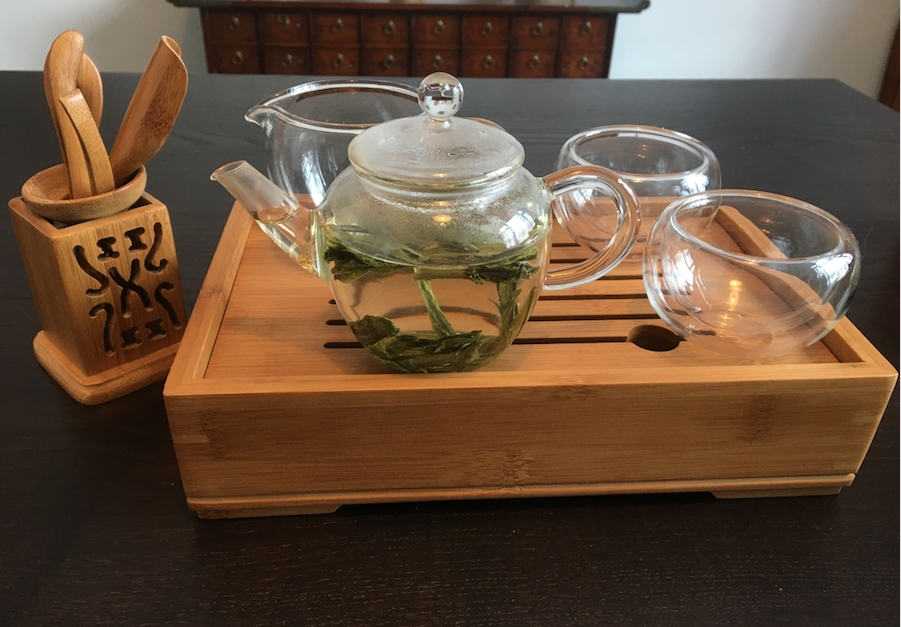 When I drink it, this tea feels clear, smooth, and has the distinct grassy taste of top grade green tea. You get a floral aroma after swallowing with a slight tannin after taste. The Taiping Houkui has been cultivated Taiping County in Anhui, East China, since the Ming Dynasty. There’s an old legend of its origins.

A long, long time ago, a family of monkeys lived in the magnificent Huangshan Mountains. One day, the intrepid little monkey went out to explore. He didn’t come home for a long time. His father, worried he might have got lost in the thick fog, set out to look for him. Day after day he searched, and eventually, exhausted, he fell into a ditch near Taiping County.

An old man, who was out picking wild tea leaves, came across the monkey’s corpse. Saddened by what he found, he buried the body at the foot of the mountain and planted some flowers and tea trees over the grave. Just as he was about to leave, the spirit of the monkey spoke to him and told him his kindness shall not be forgotten. 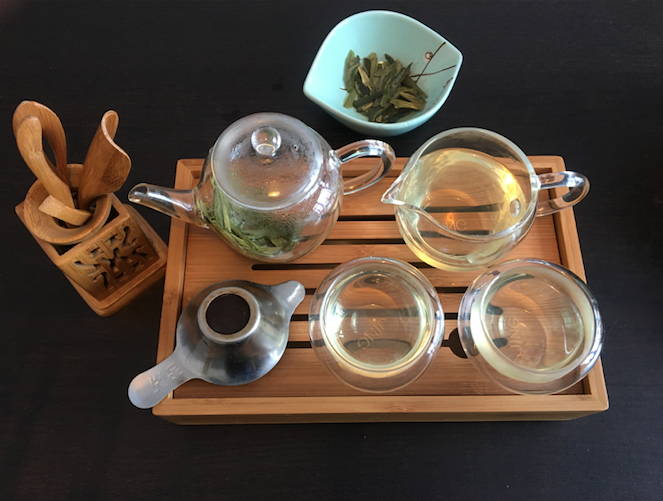 The next spring, the old man returned to harvest the few trees he’d planted, and found the mountains covered in them. The monkey spirit spoke again, this time, telling the old man to cultivate the trees and wishing him a good life. To commemorate the monkey, the old man named the hill hougang, “monkey hill”, and the tea from this cultivar, houcha, “monkey tea”. This variety turned out to be of exceptional quality, and later became the Taiping Hou Kui, kui meaning “the best, the first”. The best monkey tea of Taiping.