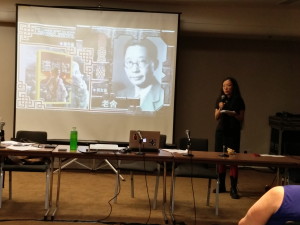 As so many of you have asked for reading lists or further reading after my “The Chinese Don’t Do Sci-Fi?!” (teaser here) talk and again at the subsequent discussion panel, I’m publishing the list here, to share with you all.

It’s tempting to link to the sites where the translated versions are available in English, but I don’t want to spoil the process of discovery. These are just the works I have discussed the cultural significance of in my talk, in the order they appeared there. You may find different ones on your own journeys of exploration. I hope you will also share your thoughts on these with me.

Ye Yonglie, writer of great Chinese science fiction classics, says in one of his works,
“At the beginning, there were no roads on Earth. Roads, they are trodden out by people”.

I will be touring this talk around the UK over the next year or so. If you know of a venue or event that would be interested in featuring this or any of my other talks, please use the contacts page to drop my a line.