Jun 10th The Culture Behind the Pantheon: Exclusive with RADII 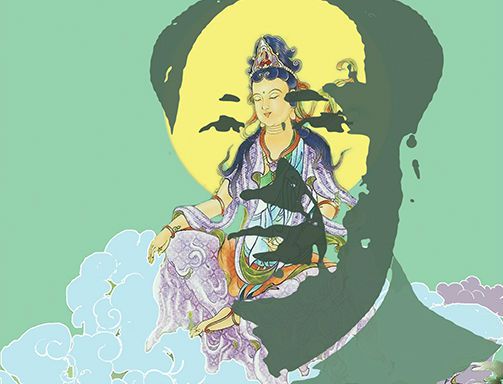 Though often portrayed in Western media as a monolithic, atheistic monoculture, China has one of the most complex histories of religion and spirituality among the world’s civilizations. Understanding the histories, myths, and enduring spiritual and pop-cultural appeal of China’s long list of deities is essential to understanding the country as it exists today, says Xueting Christine Ni, who has a book on the subject out on Friday (June 1).

Ni, also somewhat of an authority on Chinese pop culture (she wrote about ghosts and ghouls for us around Halloween), has put together a “shortlist” of 60 beings — gods and goddesses, along with “spirits, immortals, heroes, elementals, sages, guardians and so forth” — showing the connective tissue of deep-seated spirituality connecting figures From Kuan Yin to Chairman Mao as the book’s title has it, to Chinese society and culture.

Ahead of the book’s release, RADII caught up with Ni for a dive into China’s complex canon of mytho-historical legends, and to hear why she thinks getting a handle on them can help anyone hoping to understand the country’s role in the world today. 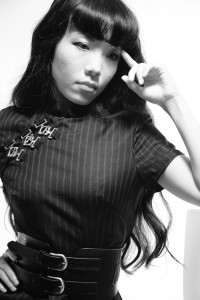 RADII: Let’s start off with a basic question: what does “deity” mean in the Chinese tradition? Your book covers a wide range of what people in the West might call gods or goddesses, immortals, folk heroes… How is this type of being in Chinese myth or history different from the Western conception of gods, such as the Greek pantheon, or other contemporary polytheistic traditions, such as Hinduism?

Xueting Christine Ni: The Chinese concept of gods fundamentally differs from a lot of Western cultures. It’s a big mix of traditional-type all-powerful spirits, embodiments of virtues, all the way down to real-life heroes who get referred to as gods in a similar way as the canonizing of saints. Very often, officially anointed deities don’t even live within just one canon, or religion. They have entirely separate lives in popular religion and folklore.

You see, China has been seen in the West as this great monoculture. That’s not entirely the West’s fault, because China has always tried to present this great united front to the outside world, but actually it’s a whole network of different peoples, and faiths — with there being maybe three big ones — which have not only coexisted for centuries, but intertwined with and enhanced each other.

Buddhism, which was not even from China to begin with, has developed unique branches there, with distinct Chinese god identities. Confucianism is treated like a religion, but it’s more of a way of governance, a code of behavior, than a belief, whilst Daoism, which is the largest of China’s natural belief systems, is all about the state of existence itself. That’s all on top of the complex collection of folk religion, which takes whatever it wants, wherever, and weaves it all together, spawning new gods when new troubles or technologies emerge.

To complicate things even further, the boundaries between these four morph and merge. Part of why I wrote this book was to help my readers start to make sense of China’s chaotic spiritual life. I think understanding how these belief systems have vied, compromised and settled is a very important insight into the Chinese Psyche as a whole.

Read the rest of my interview here.