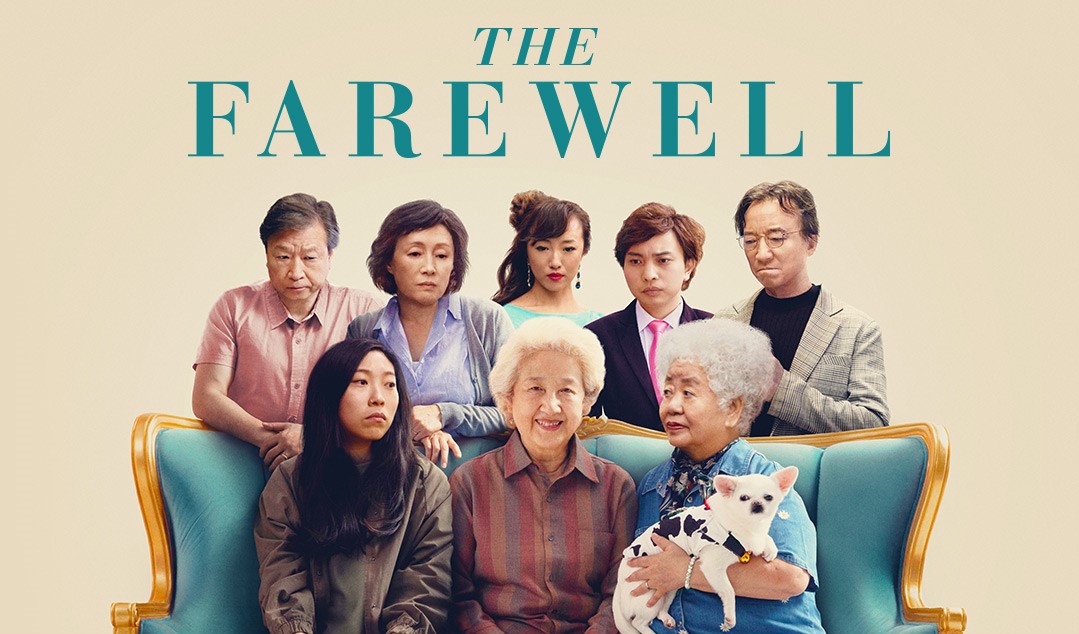 When I saw the trailer for The Farewell, I knew it had the potential to be the film people were hoping Crazy Rich Asians would have been, and fill that cultural void that they were hoping it would fill. Having now watched it, I can confirm it has met my expectations.

Written and directed by Lulu Wang, and based on her own experiences, The Farewell is of the story of Billi (Awkwafina), a Chinese American young woman who learns that her grandmother has lung cancer and only three months to live. Shocked that her immigrant parents (Tzi Ma and Diana Lin) and extended family plan on keeping the news from the old lady, Billi flies to China despite their admonitions to join them and see her Nai Nai (Shuzhen Zhao). As cultural clashes intensify and family tensions rise, Billi struggles to keep up with the preparations and celebrations around her cousin Hao Hao’s (Han Chen) fake wedding, the pretext the family have devised for the gathering.

In many ways, The Farewell has got the Culture so right, providing a window into the lives of an ordinary middle-class Chinese family of sea turtles, who live in an average city, in a typical apartment block, in a typical neighbourhood. All the major scenes and dramatic climaxes are aptly set during meal times. To the food-obsessed Chinese, eating together is an essential ritual that fulfills a whole range of social functions. Food also is a major way in which people show affection. Everyone who can, emigrates. The film cinches the irony of this Chinese phenomenon by demonstrating the inability of Billi and Hao Hao, who moved to different countries as young children, to communicate with each other.

From the semi-seedy hotels with prying, nosy caretakers, the popular massage treatments with a dash of TCM, to Nai Nai’s string of live-in carers from the countryside; from the peculiar custom of pre-nuptial wedding photography, to the details of interior décor of the family home, such as the communist-era couples photo hanging on the wall of Nai Nai’s bedroom, the film is telling it as it is. My mother’s hometown is Changchun, and seeing Hao Hao’s wedding was like seeing my own cousin’s nuptial festivities all over again on the big screen.

Although the modern China presented in the film feels very limited, its entire focus being based around a hospital, a couple of urban backstreets, and a soulless construction site, I do grant that the story is told mainly from Billi’s viewpoint.  Not everyone in the country is just after making money, as the conversation during the family meal in the restaurant seems to suggest, and most old Chinese cities have an old town that’s steeped in history – existing alongside the highway jungle of concrete and glass – where life is slower, greener and more picturesque. I found the (Western) classical, modern classical soundtrack rather over-abundant and at times jarring against the East-meets-West themes explored in a Chinese environment, though again this can be attributed to the point of view.

Another quibble I have with the film is the apparent confusion between different locations within China. We see Billi arriving at Shanghai airport on the East coast, but the wedding takes place thousands of miles away in Changchun, capital of the country’s northeastern-most province. Although migration is a common phenomenon over there, an explanation would have been good as to how the family ended up in Shanghai. Regional culture is often diverse, especially in a vast and heterogeneous  country like China, where you can feel very displacement by being in another province. Had the wedding taken place in the south, it would have had a very different feel.

In a point-of-view film that aims to show rather than narrate, the script becomes central. The script couldn’t have been easy for an American-Chinese author to write, being partially in English and Chinese, yet it has been localized well in both languages. The film shines with some very memorable dialogue tableaus throughout, such as Billi’s unexpected arrival at the family home, and old comrades and old flames reuniting at a grandchild’s wedding. My favourite scene is the picnic at the graveside of Billi’s late grandpa. Albeit a visit to the dead, it’s a time when the family seems most at ease, united and happiest in the entire film. The stylized cinematography is certainly an appeal of this film. Bustling contemporary Chinese streets, packed with hawkers, LEDs and multicolour store fronts, provide a gorgeous palette for the deep bokeh shots that frame the story’s more contemplative scenes. The long shot of solidarity at the end featuring the whole family standing together, looking somber in a harsh palette, speaks volumes within the context of the story.

Expectedly, The Farewell explores themes of generational and aspirational conflicts arising out of the East-West culture clash, which no doubt resonates with diaspora Chinese of different varieties around the world. Despite being a very Chinese film, The Farewell is highly relatable for everyone. As with big family gatherings anywhere, antagonisms tend to emerge and the past comes to the surface. We are also seeing three generations of strong women represented here, Lu Jian, Billi’s stern and stoic mother, Nai Nai, a hugely positive portrayal of the formidable Chinese granny who, despite being the invalid everyone is trying to support, holds the family together and proves a wise and caring intergenerational mentor; and of course Billi, the protagonist who is rather downtrodden at the beginning of the film but whom we see grow in understanding, strengthen and transform, while other characters start to unravel.

With a little more humour and irony, I think the Farewell could have been an even better film. However, I sense that it’s a highly personal experience for its creator and has successfully explored some difficult themes. The Farewell will become a classic of diaspora cinema, and in the years to come, it shall be one of the films I’ll recommend when people ask me what it means to be Chinese, or what Chinese families are like.