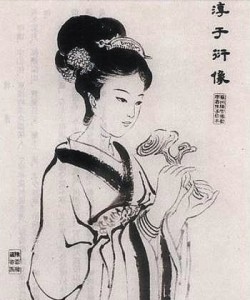 International Women’s Month usually sees me writing about the strong female role models of China. Warrior women, shining starlets, but this year, I want to consider the roles of older women. The so-called “Granny” figures in Chinese history.

There are some preconceptions of old ladies in the West. The image of the slightly confused, silver haired, lavender scented beings tottering on walking sticks and sucking a barley sugar is common, but think of the draconian Aunt Augustas and Aunt Agathas who wrought terror deep in the hearts of Berties and Earnests, or Terry Pratchett’s Nanny Ogg and Granny Weatherwax, and you can see the power that matriarchy can maintain in age.

It’s a peculiarity of Chinese custom to address strangers as one would members of one’s family. For example, when approaching a middle-aged man in the street, for whatever reason, one would call him “shu shu” (uncle) rather than “sir”. I am grateful that at conventions, when I tend to help lost looking Chinese geeks coming to terms with the dual weird worlds of an overseas convention, that I am referred to as  “da jie” (big sister) rather than “ah yi” (auntie).

This convention of familiarity means that terms such as “po” (grandma), “lao niang”(old lady), “lao ma” (old mum), “lao sou” (old auntie), are applied to any elderly lady, but there is a cultural understanding that the older generation, and specifically women who’ve survived the harshness of the ages, has a high level of social standing.

The Granny I refer to would not have been just one’s blood relative, or some elderly woman you met on the street, her part in the transition of life in patriarchal and chauvinist ancient Chinese society, from birth, nurture, fertility, match-making, marriage and death, had earned her the title proper. There were different types of Grannies.

In ancient times, when people were still in awe of Nature, and still trying to make sense of the world, the Shamaness, believed to have the ability to control the weather and defend them against evil spirits, played a central role in Chinese society. Women were seen as guardians of the Yin (and men the Yang) and the Shamaness’ magic was deployed to summon rain in times of draught. The Granny- Shamanese, or “Jin Po”, commonly came in the form of a middle-aged woman. Apart from her rituals, her practical role as herbalist and healer would also have seemed a kind of magic to her prehistoric fellow tribesmen. As Chinese society moved from matriarchy to patriarchy, the Shamaness was eventually supplanted by her male counterpart. However, in a society where producing offspring to continue the ancestral lineage was paramount, matters of fertility still needed to be tended to. And Grannies took care of this from the margins.

Chinese Granny-Midwives (“Yin Po”) and wet nurses propped up the structures of society through the (physical and metaphorical) backdoor. Their roles gave them certain financial independence and allowed them to travel more freely than most other women.

Midwives were usually older women. Although they carried the title of Granny, wet nurses would start off in their teens, and grow into their roles as surrogate mothers in wealthy families, providing the children with a lot more nurturing than nappy changing and breast-feeding. The ones who came into the employment of the Imperial palace with the emperor’s immense harem, would enjoy special status. Their influence also lay in the intimate contact their roles allowed them, with the wives, relatives and associates of powerful men. 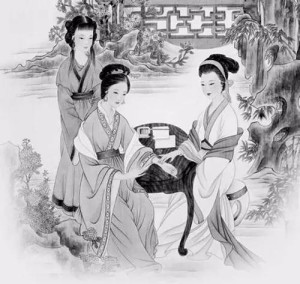 What interests me more, is the role of the Physican-Granny, or “Yi Po”. Her fields of expertise were gynecology, pharmacology and sphygmology (pulse reading). Whether as a backstreet herbalist or palace matron-physician, she rivaled her male counter-part in both knowledge, skill and had the advantage of intimate contact with female patients where any such thing with the opposite sex would have been strictly taboo in polite society. The Ming Dynasty, during which the scale and magnificence of the Chinese palace began to reflect the might and power of the empire, saw the rise of the phenomenon of the palace Yi Po.

Unable to receive formal qualifications at the imperial medical college, they developed their own system of training and apprenticeship. Again, you didn’t have to be old to be a Granny. You just had to have the skills. Some practicing Granny-Doctors of the Ming were as young as fifteen, and would have trained under an older Matron-Physician. In the palace, the Physician-Granny earned respected status and enjoyed the benefits that came with it. On the streets, the Granny-Herbalist made a very good living selling home-made potions and healing remedies.

You may wonder why it was considered such a privilege to be called a Granny, an old woman. In Chinese culture, the elderly are highly respected for their wisdom, so conferring seniority is a major sign of honour and respect. A man in ancient China may act despicably towards his wife but he would accord a Granny a lot more respect than he would the majority of women.

The role the “Ao Po” Grannies played in the service of the local magistrate is also fascinating. They assisted in the examining of corpses, especially in cases where a crime may have been committed. It is the Granny who would handle the dead body under the instructions of the magistrate, for a certain amount of remuneration.

The “Ao Po” are better known for being matchmakers. The Granny-Matchmaker would be employed to find the suitable bride or groom. Acting as go-between the perspective families, she would liaise, communicate and persuade, facilitating and chaperoning the array of visits and gift-exchanging rituals before the nuptial ceremony, not to mention selecting the auspicious day. The accuracy of their predictions and wisdom of their judgment is highly dubious, although the belief in their abilities and the necessity of their services, meant that the power they wielded over people’s lives were impressive for a male dominated hierarchy in which women were treated as weak and disposable chattel of men.

I am always interested in how real historical figures evolve in popular culture, this plays a huge role in keeping them alive in the popular consciousness, how they are perceived by posterity and how they influence generations to come.

The fictional Granny figure inhabits the world of folklore in popular tales and songs. She is usually depicted as a vile, vicious and cruel old hag, who uses her uncontrollable influence to ruin young lives for personal vendettas, topple empires and fan the flames of illicit sexual liaisons. A famous example is Granny Wang in the novel “Jin Ping Mei” (The Plum in the Golden Vase). There is probably some truth in this type of portrait, but considering the kind of misogyny that would have been prevalent, not only amongst the literati but in everyday life, a certain amount of female vilification is only to be expected.

What is interesting is the similarity between the Granny figure and the Jester figure in English Renaissance, Tudor and Restoration drama. Having seen the baser side of humanity, the Granny’s voice is earthy, vulgar, cynical and satirical. Like her male European literary counter-part the Jester or Fool, she is the trickster comic with a raucous disregard for social convention, often speaking the truth amidst her verbal cacophony. The Granny understands human nature underneath all the civilized trappings, and that human desires can often lead to chaos. She has been captured in works such as Feng Menglong’s “Mountain Songs”, said to have been collected from villages and back streets of cities. Theatrical interpretations of the Granny Tricksters, such as in “The Lute”, tend to depict her as younger, a maid or a confidante.

Moreover, when Granny Wang talks about her life experience in “Jin Ping Mei” it belies a lot of hardship and struggle, showing just how resourceful and capable Chinese womenfolk were. Left by her husband at the age of 36 with a young child, she earned her keep within the local community by whatever skills she had, making clothes, acupuncture, healing, eventually becoming a match-maker by the sheer persuasiveness of her tongue. 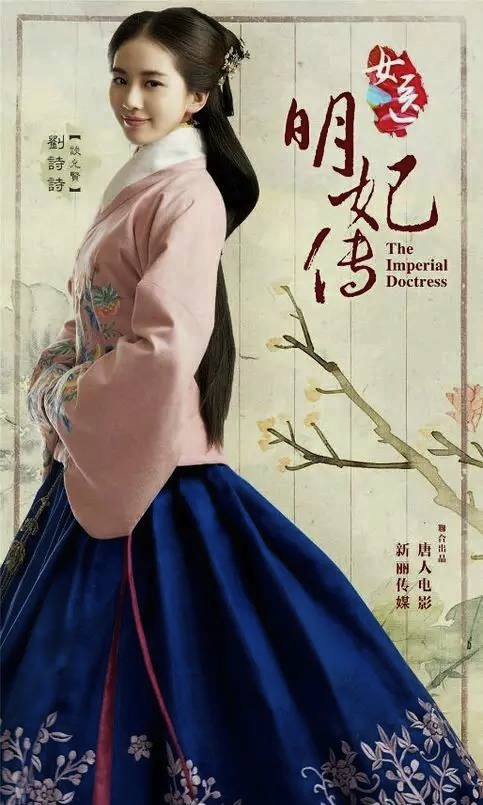 The role of Grannies, and grandmothers in general is less secure in modern China. The Single Child Policy has meant that they are less important to the family as childcare, and where a parent could expect to be looked after by a large family, many are now seen as drains on the family, rather than important members. There has been a recent boom in “care villages” near the larger first-tier cities such as Beijing and Shanghai, ready to make their fortunes from the now retiring first generation of Single-Child parents, and whilst it’s all being done in the name of “best for them”, it does seem like a collapse in respect between the generations, which I have always thought of as one of China’s true treasures.

It is great to see that certain types of the Granny figure, still live within the Chinese imagination today. For instance, that of the Matron-Physician. A few years ago, an elaborate TV period drama based on the life of a female doctor of the Ming Dynasty began broadcasting on CCTV to critical acclaim, starring the belle of Chinese period drama, Li Shi Shi. Last year saw the release of Miss Truth, the popular net series based on internet novelist Xiutang’s “Lady Forensic Scientist of the Great Tang”.

This article has been written with thanks to Dangerous Women: Warriors, Grannies and Geishas of the Ming by Victoria Cass, Rowan and Littlefield, 1999.