4th Jan, 2022 The Legend of White Snake: From Cautionary Tale to Tragedy, and Beyond 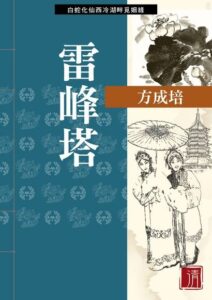 Recently, White Snake 2: The Tribulation of Green Snake came out on Netflix. This release brings us a unique experience of the Legend of White Snake in a contemporary adaptation, in the most accessible of media and platforms. As the tale of these (literally) millennium-old snake spirits become part of the global cultural consciousness, here’s a quick look at how they came into being.

Baishezhuan, or Legend of White Snake, is one of the four great folktales of China, originating in the Tang Dynasty, a time when the magic and the supernatural fueled the popular imagination. The development of folklore is rarely linear and there are, of course, several strands to the tale’s origin. One of this is the ‘incident of the giant Luoyang serpent’, apparently vanquished by a Buddhist monk, and recorded in the 8th century (Old and New Books of Tang). One of the earliest fictionalisations of the story of Bainiangzi (Lady White), can be found in “Li Huang” and “Li Guan”, part of Boyizhi, a Tang collection of chuangqi (tales of the strange). As with many great stories, this one also became a storytelling script during the next dynastic age, in “The Tale of the Three Pagodas of Xihu” (xihu santa ji), gathered into a Song collection of scripts from Qingpingshan. These earliest incarnations tell of poor hapless scholars lured to ruin by the conniving beauty of a snake spirit.

One of the best known classical versions of White Snake comes from the pen of renown Ming historian and novelist Feng Menglong in “The Eternal Incarceration of Lady White in Leifeng Pagoda”, part of his Stories to Caution the World. Although this work retains the misogynistic tone of its predecessors, and purports to warn men against the dangers of lust, Feng introduces the element of a love story between the scholar Xu Xuan and White Snake, who commits no crime other than adopting human form and having the desire to experience all human emotions. Tragedy strikes when Xu eventually betrays her to a mob of lynchers.

Through time, Baishezhuan was embellished by multiple authors with more entertaining plot twists, such as White Snake travelling to Kunlun to seek an elixir to bring Xu Xuan back to life, and bearing a child with Xu, bringing her further into audiences’ sympathies. Xu Xuan gradually became Xu Xian, a name people associate more with the legend today. His conversion to a life of celibacy before aiding the monk Fahai in the capture of his former love makes his betrayal and subsequent remorse all the more visceral. Lady White remained fairly demoniac, even in the Qing operas, until Fang Chengpei wrote his “Leifeng Pagoda” in 1777, which gave the characters more depth, and added the presence of feisty side-kick – Green Snake, setting the defining features of the legend as we know it today. 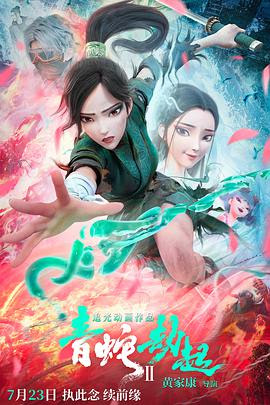 White Snake 2 on Netflix is a sequel of Light Chaser Animation’s White Snake: The Origin. This version retains the older name of the male hero, Xu Xuan, who is a kind-hearted villager, rather than a scholar, but more or less follows the outline of the Fang opera. While the story is definitely sympathetic towards the union of true love regardless of species, it still seems to present a sexualized rendition of Xiao Bai (White Snake) as a creature of physical allure. My favourite part of this donghua is the visit to the shop of mystery that is more than it seems, a trope popularly used in wuxia and historical, historical fantasy fiction. The presence of the snake spirit clan and their attitude towards humans add layered complexity to the story, as does the suggestion of queer feelings in the relationship between Xiao Qing (Green Snake), and Xiao Bai.

Some of these elements are further explored in The Tribulation of Green Snake, a tale of vengeance set in Asuraville, where Xiao Qing is banished by the monk Fahai after she attacks him for imprisoning Xiao Bai in Leifeng Pagoda. This reinterpretation at once harks back to the legend’s Buddhist origins, and demonstrates the influence of both Chinese mythology, and international cinema on Chinese film. As the name suggests, Asuraville is a violent kind of reincarnation purgatory. This purgatorial world, created by Light Chaser Animation, is a crossover between Mad Max, futuristic metropolitan dystopia and the Chinese underworld, complete with Niutou and Mamian (soul hunters or guardians of the bridge to the underworld, depending on the strand of lore) leading two opposing biker gangs, with the luocha (or yaksha, fierce protector deities) as another powerful faction.

Unlike most previous adaptations, this film focuses on the experiences of Green Snake, and is very much a story of challenging Fate and allotted place in life. The Chinese pantheons are filled with rebels and misfits, and the prescriptive system of reincarnation within established Chinese Buddhism, has generated many folktales throughout history, of souls unwilling to let go of the past lives, and striking deals with beings of the underworld. Wu, the pool into which Madam Baoqing tempts the inhabitants of Auraville to jump, is not a little reminiscent of the Mihuntang, a concoction of forgetfulness brewed and served by Meng Po, Guardian of the Last Gate.

The Legend of White Snake has now had more than 90 years of life on stage and screen, not to mention the comic adaptations. This encompases works from other Asian countries, as well as TV series and films for every generation. Some of the most well-known are the Taiwan TV’s 1992 series New Legend of Lady White and CCTV’s 2006 Legend of White Snake, and for global audiences, Tsui Hark’s Green Snake from 1993 and Ching Siu-tung’s 2011 The Sorcerer and the White Snake. If you want more of Baishezhuan after Tribulation, both the live action film mentioned and White Snake: The Origin, are available on DVD, with English audio or subtitles. For a more light-hearted adaptation of the tale, try Iqiyi’s 2019 Legend of White Snake on Netflix. To find out more about the Chinese pantheon, check out my last book.

This article has been written with thanks to: