18th Apr, 2021 The Pandemic and SFF: Thoughts on the Eastercon21 Panel 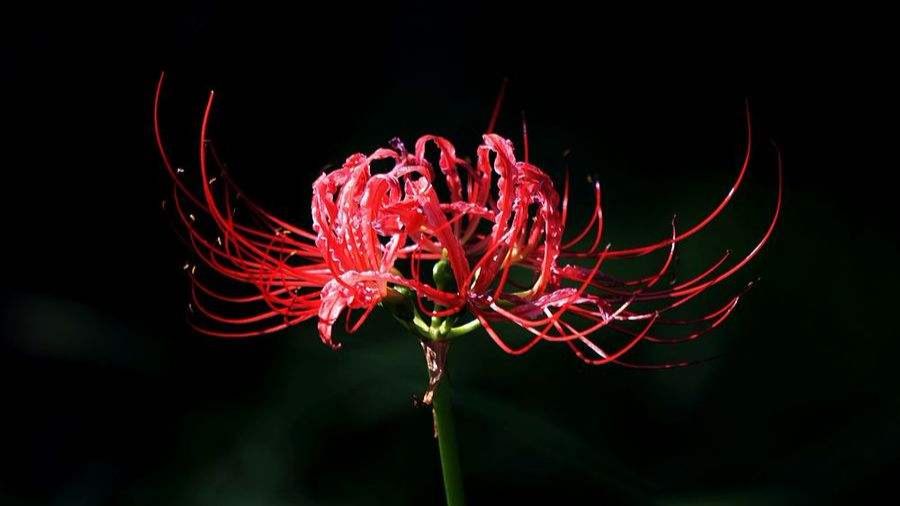 Despite Covid restrictions, I returned this year to convention life, at least virtually, as a guest at EasterCon, and in an event driven to digital by a global pandemic, it couldn’t have been more appropriate to talk about how all this has affected science fiction and fantasy works. The hour-long panel featured myself, along with the editor and authors of New Con Press. There was a lot to talk about in the one-hour slot, and with so many of us having lived near hermit like existences for the last few months, personal take-aways from lockdown becoming a central topic for some of the more loquacious guests, and there were so many points that were left unexplored.

Whilst every one of the panel’s participants felt that they went into lockdown for the safety of others, and much was said about not equating lockdown with negativity, with the condemnation of the apparent ‘male’ language of ‘fighting the virus’ by a very outspoken feminist, it’s important to remember that observation of measures and experiences have varied greatly in Britain, depending on the resources available to the individual, and I do have to address that difference before even looking at how it affects output.

My own experiences, in a London overspill estate, have certainly been far from ideal. During the lockdowns, semi-restrictions and even the periods of overoptimistic respite in between, I have kept my outings masked, distanced, and mainly to essential shopping and exercise. Whilst running, I find myself on constant high alert. skirting around, dodging, crossing the road, even shifting temporarily into the road, to create distance between myself and groups of unmasked pedestrians, who can’t be bothered to even move to the side of the pavement. I can almost forgive this. The estate mainly houses those people who are not tucked away in cottage-core kitchens baking banana bread and spotting woodpeckers on the lawn. Its residents are nurses, cleaners, mechanics, supermarket workers, the type of people who are unable to shelter, on whom anyone lucky enough to be able to hide away, are still totally reliant. There is a level of exhaustion there, which will not be dealt with, and an effort which will be forgotten the moment the next wage rise is discussed.

There is another element pandemic interaction though, which again, no white panel member would have experienced. Imagine me, with my Chinese features, black hair and fringe, head to toe in fitting sports clothes, hooded from the cold and masked like a Cike (or Ninja, if you haven’t come across the Chinese equivalent), getting ready for my run. I am worried that my face makes me a target. A few times, people have shouted at me out of car windows, but often they just stare. Even if they say nothing, you can see on their unmasked faces, that they have clocked me as a “walking corona virus”. Whilst we luckily do not have the deadly firearm pandemic that America has to deal with, I do often wonder if any one person is going to decide to take all the Sinophobic news and fear that’s been pumped into them by national media, and take it out on me.

During these times, I try to push past the anger and fear I feel as quick as I can, and continue to run, wearing my Cike running gear, knowing full well that this is one of the small ways I can make a difference, because discussions didn’t, and won’t change their minds. It’s not all dreadful though. There are occasional dog walkers who move out of the way, parents who get their children to step aside and let me pass, and people who thank me to going out of my way for them. And I am starting to see more people with masks on now.

Back on the panel, it is clear that everyone involved has been very lucky. We haven’t contracted Covid, and have been able to carry on making a living from home, without having to brave viral zones during times of high-risk to put food on the table. We have also been fortunate enough to have indoor environments that can be made comfortable for lockdown living, that aren’t too cramped, or crammed with too many other inhabitants, all trying to live their lives. We have been able to keep our personal space and thus, our sanity. There are those for whom creative indoor tasks could never replace group activities, and going out, and we all have friends or relatives we want to wrap our arms round, but we have been dealing with a deadly virus here, and for those who contract it, it is literally a fight with the virus, and in severe cases, with death, and it’s a fight that many have lost.

This has been happening on a national scale, to those around us, and when we see our friends, colleagues, and neighbours in exhaustion and distress, I have no problem with some fighting terminology if this is what it takes to keep spirits up. I am a woman, and have been fighting battles that need to be fought, all my life. It is certainly not “male” language.

As the panel itself progressed, it was interesting to exchange experiences as authors during the pandemic. R. B. Kelly, who had just written a novel set in a pandemic, considers herself very lucky to receive fresh interest in Edge of Heaven. One of our concerns after the outbreak of COVID19 is how those that are less advantaged fare under the restrictions. This for me, is partly what makes Kelly’s novel, in which the two protagonists exist on the edge of society, look like such a great read. Moreover, our tastes for the gritty and dystopian have, if anything, increased (as well as a need for the idyllic and joyful), now that we’re living in a much grimmer reality.

I made my selection for my upcoming anthology Sinopticon: A Celebration of Chinese Science Fiction, in the autumn of 2019, before the Novel Corona Virus broke out. The translation of the thirteen stories took a gestation period of about nine months, it so happened that just as the UK went into its first lockdown, I was working on Flower of the Other Shore, a novella about a zombie virus that spreads across the globe. As I sat at my desk translating, it felt very surreal, like boundaries blurring between reality and fiction. One of the most interesting aspects about the story for me, is that it is told from the point of view of the infected. The story had started as a response to the film of Max Brook’s World War Z, and as I worked through changes and edits with A Que, the author, we had long discussions on whether or not to change anything in the light of the current outbreak. In the end, we decided not to change too much, avoiding becoming a ‘Covidploitation’ story, though we did nod to it in the naming the virus.

Even though there are no direct correlations between real life and the plot of Flower, the themes it deals with, such as the shortage of resources, fear of the vaccine, the dynamics between vaccine programmes and global politics, are very relevant for our current situation.

When I was talking about how the story sheds light on Chinese attitudes towards the sick and the infected, and also, fascinatingly, on attitudes of the sick towards the uninfected, my point was ‘rebutted’, by someone that princess Diana had touched AIDS sufferers, which was a quite a non sequitur. My point had been that in China, one of the main reasons for mask wearing was to avoid the infection of other people in case you were unknowingly carrying the virus, whereas absolutely all discourse I had seen on social media, especially from anti-maskers (again, unique to the West), was about the efficacy of masks in preventing infection of the wearer.

Without doubt, Princess Diana was an immensely positive force in demonstrating to the public that physical contact with AIDS sufferers will not get one infected. But this was done precisely because the majority of people were terrified of infection, due to misinformation and the stigma associated with it.

It is irksome to say the least, that as I was talking specifically about my own culture, I was met with a statement from a Western participant that they have the exactly same thing, made worse still by the fact they had clearly not understood my point. Whether conscious or not, this level of invalidation of a unique element of another’s culture, especially at a time where understanding is so important, is identity erasure. At the time, I was really so taken aback, I could not address it without making things unpleasant, and whilst I am used to these micro-aggressions which make up part of the daily life of a British Asian, I cannot sweep it under the carpet again, especially when I’ve been invited onto a panel because of my work representing my cultural heritage.

The wider point I was moving to, before that derailment, was that there had been many stories that imagine social lockdowns or virus-infested world in China, and that it has been part of the literary landscape well before Covid 19 broke out. Pandemics and epidemics have pretty much always been at the forefront of the Chinese literary imagination(upon which I was again confronted with a list of diseases that have affected the West and told they have somehow had the same experience). China has had, because of the sheer scale of the country, to face major outbreaks such as Pneumonic Plague, Black Fever, SARS, H7N9, and the fast spreading of even common diseases, due to the extreme density of the urban population. Like other Asian countries, there is no fear of mask-wearing, and masked pedestrians are an everyday occurrence. Masks are worn not just by hospital staff, but cleaners, security guards and cyclists. The prevalent sense of social responsibility in the Chinese, their approach to wearing masks to protect others, is an interesting and unusual one that’s reflected in Flowers of the Other Shore, where the infected demonstrate that despite the virus’ biological urge, they have no wish to hurt people.

We have ended up in a vicious cycle in some Western countries, to whom China has become a place of nightmarish dystopia, where people eat bats and the megalomaniacal government, after colluding with evil scientist to spread a deadly virus across the world, and is now controlling everybody’s every move, and trying to spy on the world with their 5G technology, where the air is so polluted that surely that’s why they all wear masks.  The reality bears little resemblance to this imagined nightmare. But none of this is anything the West understands, or makes any efforts to step outside of its own narratives to do so.

Even in these times, when pandemic and lockdown vocabulary becomes our everyday vocabulary, there is still a hint of dismissal on the panel when I spoke out the premise of my story. But pandemic stories are never just about the diseases, viruses or infection, they are very much about people and how they interact, whether it’s a realist story, gritty thriller or something that may be ridiculous sounding to some, as a zombie virus.

My anthology is out in November this year, published by Solaris Books.