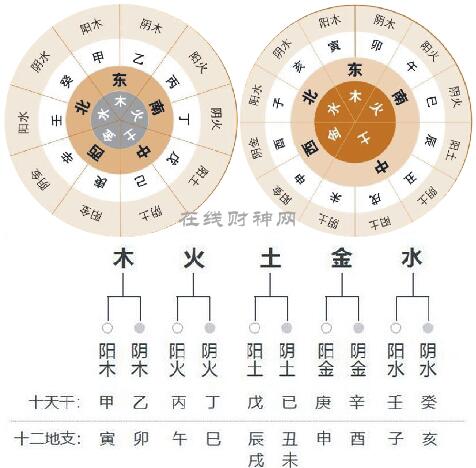 The Chinese zodiac, 十二生肖，Shi’Er Shengxiao, has existed ever since the first dynasty of Qin. There are many theories surrounding its origin. Some suggest that it was a way of counting time created by neighbouring tribes of herdsmen who intermingled with the Han Chinese in various ways throughout history; others that the zodiac was based on the twelve animals ridden by Indian gods. Anthropologically speaking, the zodiac seems to combine our primeval worship of totems with early astrological observations.

The Chinese zodiac is closely connected to the theory of Yin, Yang and Wuxing (Five Elements), which lie at the core of native Chinese philosophy and science, epitomized in the 八卦Bagua and expounded in Zhouyi (I-Ching).

The twelve earthly branches and twelve shengxiao represented different times of the day, one shichen 时辰 hour for the ancient Chinese was roughly the equivalent of two of our standard ours today.  From traditional horology we can see the roots of the modern Chinese word for hour, 小时, xiaoshi, or little hour. 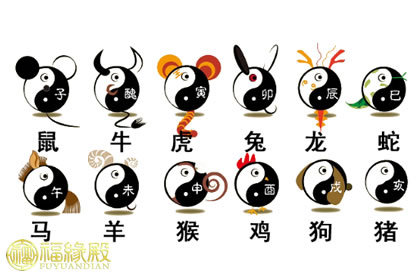 The hour of 子 Zi , the first branch, is when the Rat is most active.

During the hour of 丑 Chou, the second branch, the Ox grows restless.

The hour of 寅 Yin is when the Tiger is the fiercest.

During the hour of 卯 Mao, when the moon shines down, the Rabbit watches over the land.

The hour of 辰 Chen is when, according to legend, the Dragon summons the rain.

During the hour of 巳 Si, the Snakes lies low in the grass.

The time of 午 Wu, is the time of the Sun, when the force of Yang is strong and the Horse is a creature of the Yang.

It is said that during the hour of 未 Wei, grass grazed on by the Goat will grow back stronger.

During the hour of 申 Shen, the Monkey wails.

The hour of 酉 You is when the Rooster returns to the nest.

At the hour of 戌 Xu, the Dog guards its owner’s home.

The hour of 亥 Hai is when Boar is in deep slumber.

A popular Qin Dynasty shengxiao featured the Stag instead of the Dog. The arrangement of shengxiao as we know it today, was first noted down by the Eastern Han Dynasty thinker Wang Chong. The animal zodiac is of course, not exclusive to Chinese culture or Han culture, but part of many other Asian cultures. Even within China, different zodiacs abound, the Mongolian and Li ethnic groups order them differently to the Han, the Dai ethnicity have the Elephant rather than the Boar, just to mention a few.