15th Sep, 2013 What does Twelfth Night Have in Common with Spring Festival? 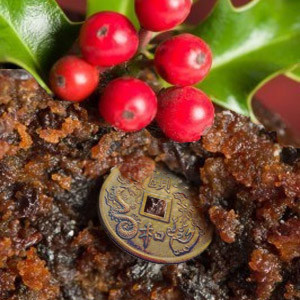 To the Chinese, Spring Festival is as big, important and family orientated as Christmas. In fact the two have some rather similar traditions on ushering in good luck. During Victorian times Twelfth Night, the end of Christmas on the 6th of January, was still celebrated.  Do you know that popular children’s game? Whoever finds the dry bean in the cake gets to be king, whoever finds the dry pea gets to be queen and everyone else has to wait on the king and queen. Provided you don’t choke on them, finding the dry bean or dry pea represents good luck coming your way.

The northern Chinese have a similar game with dumplings, made and eaten by the whole family gathered around a round table to symbolise family union.Whoever finds a pistachio nut in a dumpling would have good luck during the following year. What I like about this game is that the good luck doesn’t just come to you. You have to earn it, whether you decide to stuff your face with as many dumplings as possible, or contemplate the shape of each and every dumpling very, very carefully before picking it up, or willing the Pistachio One towards you with the Force. You can tell I’ve been at this many times, many many time, many many many ……

The pistachio nut is in fact a replacement for the coin, which posed much more of a health hazard, and threatened to reverse the good luck the moment it approaches the throat. This brings me to another Victorian tradition. The inclusion of the coffin nail, menthol cone and sticking plaster as well as the coin in the Christmas pudding means that it’s not just the greedy chops who do better!

First published in December 2012 on Xanga