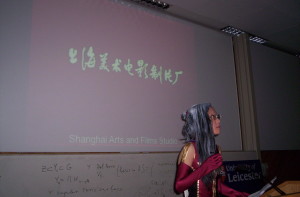 It was the year of the first Olympics in China. I returned from Beijing in the summer, with the feeling that something tremendous was happening in Chinese animation. We held an animation day in Leicester, where I showcased and discussed representative works from China’s Dong Hua history, starting from the 1920s, and building up to the finale, the premier of Stormriders: Clash of Evils, Wing Shing Ma’s fantastic Manhua brought to life by Dante Lam, courtesy of Shanghai Media Group, who donated some limited edition artwork posters, for our Red Cross charity auction in aid of the Wenchuan Earthquake.