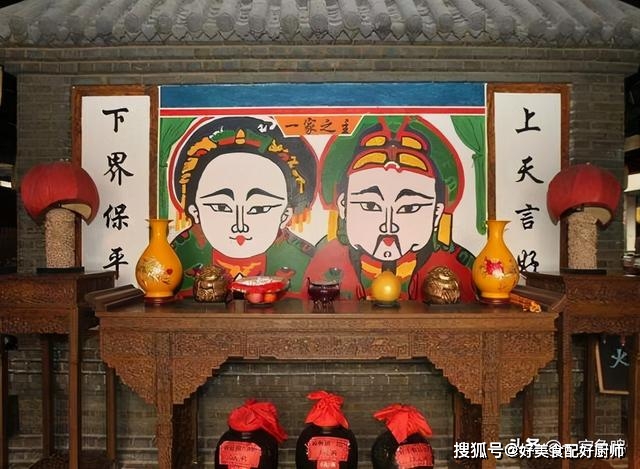 小年 (“Xiao Nian”), or Little New Year, falls on the 23rd of the month of La, which, as explained in my previous article on La Ba, is the month preceding New Year. During Xiao Nian, offerings are made to 灶神(“Zao Shen”), the Kitchen God, hardly surprising considering how much he would be relied on in the following month, to deliver the most extravagant feasts of the year. Offerings made to Zao Shen include paper horses (to speed him on his way to the heavens), treats of tasty meats, alcohol and melon seeds.

Zao Shen is widely regarded as a household protector god who can bring in good fortune. He acts as an agent from heaven who watches over one’s household 365 days a year, from behind the kitchen rage, where his shrine or image is usually placed. Twice a month he visits heaven for consultation, and at the end of each year he returns to heaven to report to the Jade Emperor on earthly happenings. This god is powerful within his realm but also fickle and partial to a little “encouragement”. His favourite food, malt sugar, is included in all offerings. Some believe it sweetens his words and others that having food in his mouth would keep him from talking too much.

Traditionally the kitchen has been considered the realm of women. And Zao Shen has had his a share of scuffles with spirited mistresses of the household, one such is told in the tale of “The Beating of the Kitchen God”, which also explains the the location of his shrine. There will be more from me on this god in the not-too-distant future.

Little New Year is also a time to prepare for the big one. Each day in the build up to New Year has a separate duty, and whilst there is a wonderfully rhyming northern folk song outlining the tasks, in English it just sounds like a list of chores.

On the 25th, grind beans for Dou Fu

On the 27th, pluck the birds

On the 28th, paste up the paper flowers

On the 30th, make dumplings

No sleep on the 30th

Fireworks on the 1st ”