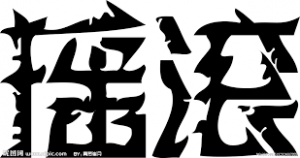 Long before Star Wars ever entered the Chinese consciousness, May the 4th was celebrated in China in a similar spirit, but for very different reasons. The passionate, patriotic and pro-reformist movement of May the 4th, 1919, has been remembered in history as a representative of the spirit of youth. On this May the 4th 2018, I’m starting a mini series of articles to look at a musical form that is inseparable with Youth, rock n’roll. As a musical genre that is entirely Western, and hardly heard of the 1980s, Rock Music took root in China, an extremely conformist society where alternative lifestyles were virtually unheard of, against incredible odds, in bizarre and unexpected ways, and became Yao Gun. It is the story that arose from the world’s plastic dumping ground, a tale of hungry minds, bleeding wallets, tireless transcriptions, countless disseminations, long sweaty bicycle rides, makeshift drum-kits, close encounters with the authorities, and much more.

Are you ready to Yao Gun?

China’s musical traditions have been vastly different from Western, both in terms of instrumental and tonality. Western classical music entered China in the early twentieth century, via movements such as Wu Si (May the Fourth),that sought to modernize and inject new life into the Chinese arts by taking influence from foreign traditions. This resulted in some of the most magnificent pieces of modern Chinese classical works such as the Xian Xinghai’s Yellow River Cantana (1939), later converted into a piano concerto, and his rousing National Anthem (1935).

The political turmoil that followed and ended in a totalitarian regime, meant that China had little time and space to develop its arts between the 1940s and 1970s. Within the regime, there were a few people with a taste for Rock n’ Roll during the 70s, such as “Tiger” Lin Liguo, son of the Vice Premier and Minister of Defence Li Biao, later condemned for his alleged coup against Chairman Mao, but these remained nothing more than tiny oddities in Chinese history. Whilst the youths of the rest of the world were in the ecstatic throws of the Beatles, Rolling Stones and Bruce Springsteen, Chinese teenager were clutching their Little Red Books and fainting with excitement at rallies in the presence of Mao. By the end of the Cultural Revolution in the late 70s, things began to change.

From its birth in the West during 1940s and 50s, Rock has been very much associated with counter-culture, to music fans who chose to listen to rock over the mainstream crooners, the music symbolized a rebellion against the designated social roles and lifestyles of the post-war traditional backlash. However, acts of taboo and transgression can take vastly different forms across the world.

Immediately after Deng Xiao Ping opened China’s doors, the mainstream was saturated with TongSu music, commercial Canto-Pop from Hong Kong, Mando-Pop from Taiwan and mainland imitations thereof. However, after decades of having to listen to nothing else but revolutionary songs, the soft, cotton-candy voice of Taiwanese pop star Deng Li Jun (Teresa Teng) in the late 1970s and early 80s felt soothing and deliciously naughty, so did the light subject matter of her songs, about relationships and romances. Many key musicians on the rock scene such as Li Chi, founder of Mao Livehouse in Beijing and Chengdu rocker Tang Lei, recalled Deng as a welcome escape from the monotony of their earlier lives.

China’s economic development in the 1980s and 90s not only gave it opportunities of absorbing foreign music, but with the rise of a middle class, Chinese society was ripening for the growth of sub-cultures and youth cultures. The social climate was just right for this Western musical genre that is centered on the idea of subversion, to take root in China, and become Yao Gun. 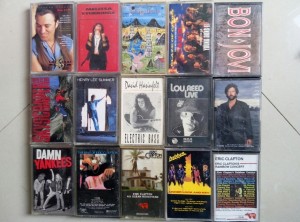 On the one hand, society was beginning to fracture in the wake of the post-Mao era, and root-seeking movements such as the North West Wind emerged as well as prison songs. These were written by ex-convicts, those relegated to the countryside by Mao’s enforced youth rustication programme, and other downtrodden malcontents. It was from this movement that Cui Jian, often known as the godfather of Chinese rock, emerged, with “Vagabond’s Return” in 1985.

On the other hand, the younger generations feverishly absorbed information on the arts from the outside world. Their earliest glimpses of Western society and rock came from a mind-boggling variety of sources, from references to the Rolling Stones and Bob Dylan in English text-books to articles on philosophy, from compilations provided by friends to first encounters with Wagner and The Doors watching “Apocalyse Now” in Wuhan. These youths, who were only hearing their first Beatles song in the 1980s, would become China’s Yao Gun musicians, critics and authors such as Wang Di, Yan Jun and Hao Fang. 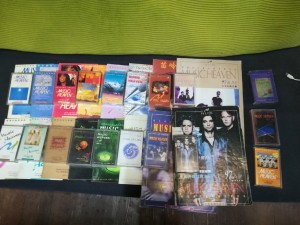 There were very limited imports in the early 80s, with cassettes sold at very expensive international prices. Chinese rockers gleamed what they could from friends, acquaintances and families, systematically digging out, collecting, storing and disseminating compilations of cassettes that were passed around and listened to until they stopped working. Songs by Prince, Guns ‘n Roses and AC/DC, were circulated alongside American history books. Instead of meeting at bars and concert venues, where permits would be required, YaoGunners met at private venues to talk about The Clash and organized the “Lights-Out” parties to gather at night and just listen to Culture Club together in the dark so as not to attract any attention of the local police. 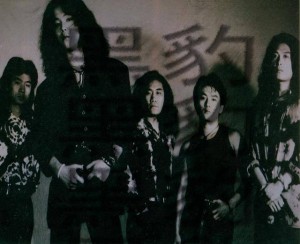 Communities were forming, where it was acceptable to have long hair and spend all your salaries on music tapes. The first Chinese rock band, Wan Li Ma Wang, with Cao Jun as guitarist, formed in 1980. China’s first rock show, the “Peking Allstars”, took place at a university in 1981, and the Filipino band Nitaige’er, the first known rock visitors to the country, were welcomed with a rave reception. In the post-Mao era cultural void, Chinese rockers were united by their common pursuit of Yao Gun. They treasured the cassettes like lovers, some even skipped class, cycling dozens of miles to obtain a copy something they hadn’t heard before. The meet-ups became regular in Beijing, whilst in Shanghai, magazines sprang up to feed the hungry minds. These communities nurtured teenage musicians the likes of Kaisar Guo and Dou Wei, who would go on to form Tang Dynasty and Black Panther in the late 80s.

The groundbreaking moment for the power of rock to reach the masses in China, came in 1986, during a performance of “Let the World Be Full Of Love”, China’s answer to Band Aid. In an effort to promote home music production, Cui Jian was selected as part of the Hundred Stars, to sing a couple of lines on stage. 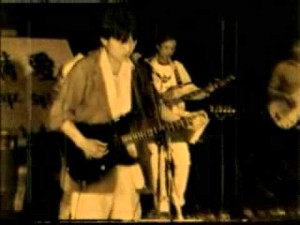 Directly after this piece, Cui took centre-stage. And from the first strum the guitars, he transformed into a semi-worker semi-scholar Chinese archetype, dressed in an open, loose indigo gown and simple cotton trousers, one leg rolled up above the sock as an homage to peasants. The band’s naturalistic swaying stances whilst actually playing the instruments, the melancholic tone of the music, were a marked departure from the ultra-rehearsed plastic pop that millions of Chinese were used to. Cui’s absorbed attitude, strained style of singing, brought out the desperation and yearning in the lyrics:

I have asked endlessly,
When will you go with me?
But you always laugh at me, for having nothing to my name.

The crowd, who had been trained to cheer loudly as soon as someone started playing on stage, piped down. In the charged silence, a whole generation of young men and women were hearing for the very first time, a voice singing of the disillusionment they had all felt inside them. And this was not only a void of property, but a deeply spiritual one. Having grown up in a totalitarian region that brought the Chinese civilisation to a standstill, and having it instilled into them that it was a sin to love their heritage, they were finally set free. But they were at a loss of what to do with their lives, and what to believe in.

We need only to consider the reactions of several high ranking officials who stormed out of the auditorium, to gage the impact of this performance. At that moment, Yao Gun had emerged from a tiny community of arty and rebellious students, into the Chinese popular consciousness. Rock had became connected to politics, and the path laid, for the next march to liberation.

In the next article, I write about the progress of Yao Gun in the late 1980s, and the rise of other indie and garage movements in the 1990s. 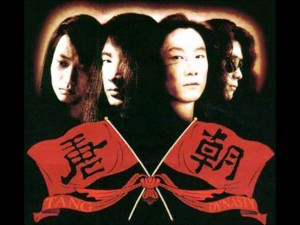 I’d like to thank musician and rock journalist Jonathan Campbell for his work in documenting the history of Yao Gun.