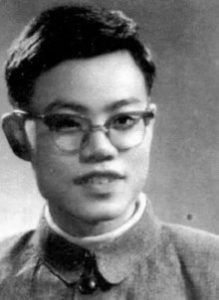 On the 15thof May 2020, one of the forefathers of Chinese science fiction, Ye Yonglie, passed away.

Born in 1940 in Wenzhou (Zhejiang), Ye was a literary prodigy who published his first work at the age of 11, and his first book at the age of 19. After graduating in chemistry from Peking University, he continued his love of writing, and went on to create a wide range of short stories, journals and longer fictional works.

It was Ye Yonglie’s earlier works, popularizing the sciences, that he is best remembered for in China. As one of the key authors of “100 000 Whys”, a science periodical for children, he was able to help light a fire in the minds of  generations of young readers and future scientists, and took pleasure in corresponding with many of his young readers.  Articles from this publication were later collected into a series of books, which I myself remember enjoying as a child.

Ye Yonglie’s most beloved work is probably the best-selling children’s science fiction story “Xiao Lingtong Roams the Future”, written when Ye was only 21. Penned in 1961, when China had reached a period of relative stability after half of the century of conflict, the story centres on a teenage photography enthusiast who finds himself accidentally transported to the future. Xiao Lingtong is invited to visit ‘Future City’, where his host lives with his grandchildren and their house robot. A charming story that paints an imaginative and optimistic view of the future, inspiring a whole generation of children, it sold 1.6 million copies, and spawned a a sequel in 1984.

Ye was as fascinated by technology of the real world as he was in imagining that of the future, and was the first Chinese writer to use a word processor, in 1994. Whilst he was obviously proud of his country, Ye wasn’t afraid to write about the social problems that China was facing, and his famous detective, Jin Ming, who occupied a near-future version of Shanghai, would face issues of violence, corruption and poverty. Ye was also one of the first writers to discuss the AIDS pandemic as anything other than a foreign one.

Ye Yonglie was an educator, directed film, and spent his later life pivoting to more documentary style writing, alongside his novels. Despite the great range of his work, his legacy will still be mainly measured by the generations of Kehuan writers and readers emerging from China, whose love for the genre started deep in the pages of “100 000 Whys”.