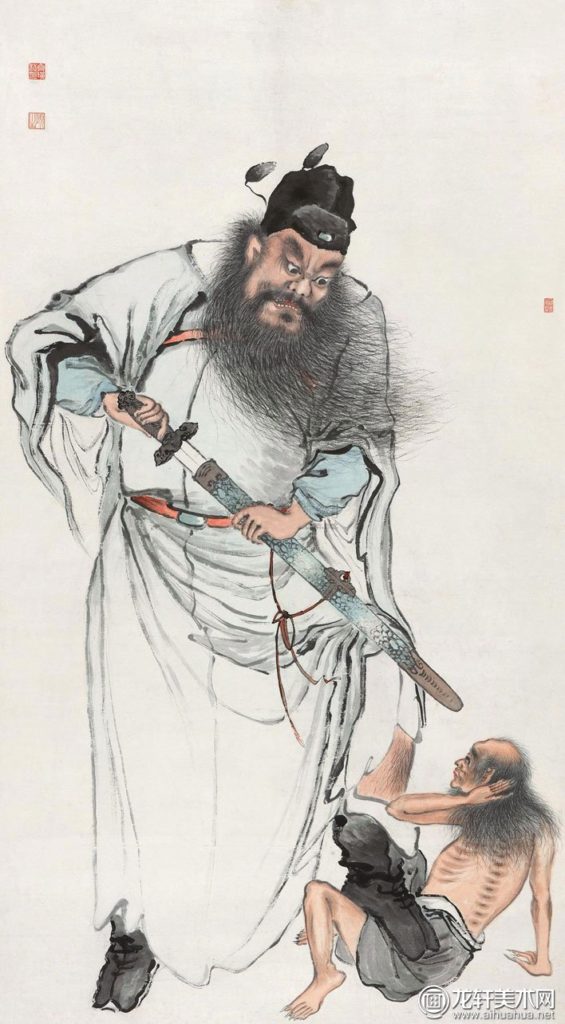 The Chinese believe that death is not the end, that ghosts and spirits co-exist with human beings at all times, only noticed when they are disquiet, and need to be put to rest. It’s no surprise that the Chinese have many demon slaying deities. The god that has by far enjoyed the most popularity, and endured the test of time, is Zhong Kui.

According to Song Dynasty texts, the Tang emperor Ming Huang was plagued by a mysterious illness. One night, he dreamt of a small crimson demon invading his chambers. A bigger demon then appeared and swallowed up the smaller one. The bigger demon identified himself as Zhong Kui, scholar of Zhongnan, who took his own life. The emperor awoke to find himself cured. He arranged for Zhong Kui’s body to be exhumed and reburied with full rites; made him the national demon slayer, commissioned his likeness and declared it a talisman.

There are numerous versions of Zhong Kui’s self-imposed death, most of which are connected with his being refused the honourable title of Jinshi due to his supposedly hideous appearance. Some say he dashed his head against the wall, and others he threw himself into a river. Little else is known of the origins of this god, but he seems to have embodied the wishes of generations to keep evil and ill luck at bay. His name could have originated from objects regarded as powerful talismans, including a herb used in poultices and a peach wood cudgel. Somewhere along the development towards human centric deities, his name evolved into 钟馗, (Zhong being an actual surname, and 馗, meaning “cross roads”), for a being always at the threshold between the living and the dead.

Zhong Kui’s popularity was reinforced by ancient rituals that re-enacted the slaying of monsters by the gods. These rituals gradually became dances retelling Zhong Kui’s story. Their practice spread from imperial grounds to desolate graveyards, from landscape gardens to the most obscure of back allies, making this deity a household protector for emperors and citizens alike. The occasions to make offerings to Zhong Kui are Spring Festival, and Duan Wu (Dragon Boat Festival) in May, a crucial time of transition between forces of Yin and Yang. Venerating the vanquisher of the dark is part of the seasonal activities. 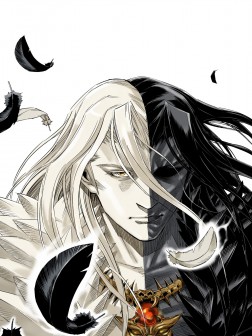 The god has been a favourite of famous painters from the Tang through to modern times. Today miniature sculptures abound, as well as Bu Dai Xi puppets and charms. Images of Zhong Kui have retained the ferocity that the court painter Wu Daozi had given him in his first portrait, which set the tone for folk art. Like the Hei Bai Wuchang, his grotesque appearance has appealed to tattoo enthusiasts. Since the earliest dramatization during the Ming, Zhong Kui stories have become the staple of stage and page. He has appeared on modern productions in other parts of Asia too. Hong Kong cinema presented the deity as a cop revived from the dead in The Blue Jean Monster, whilst Manhua King of Demons redeem his appearance with handsome half-demon warrior portrayal. The 3D fantasy film Snow Girl in the Dark Crystal, tells the story of Zhong Kui’s painful rise and his forbidden love for a snow demon. Ever though it was released as early as 1971, Shaw Brother Studio’s presentation of Pei Pei Cheng, the queen of classic Chinese kung-fu cinema as Lady Zhong Kui (original Chinese title, known in English as The Lady Hermit), was revolutionary.

You can read more about the cultural significance of Zhong Kui and other fantastic Chinese deities in my book.