So “Aquaman⁠”, directed by James Wan, Australian director of Malaysian Chinese descent, with Chinese actor Ludi Lin (Power Rangers) as Murk, has been doing well in box offices in China. Some might be puzzled as to why the Chinese would be drawn to a story that seems so immersed in the world of Greek mythology. Although very much unique in their own right, the world’s mythologies do share certain commonalities, and there are many elements in this film that would make it popular with a Chinese audience. 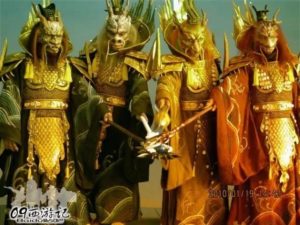 Chinese fantasy has a rich tradition of powerful ancient or mystical weapons. Sun Wukong, the Monkey King’s staff, weighing supposedly around 52000 kg, which he took from the Dong Hai Long Wang, Dragon King of the Eastern Seas, is a sea-calming treasure, only to be wielded by one worthy of its might. Does this sound familiar?

Aquaman has been graced with the presence of Willem Dafoe as Vulko, Vizier by day, Shifu and hermit master figure to Arthur by night. His wise words and harsh training are at the core of any Kungfu and Wuxia story.

One of James Wan’s favourite techniques seems to be the dramatic zoom, commonly used in kungfumovies. The epic hero theme strikes a deep chord with the Chinese, as does the love story between mortal and goddess. 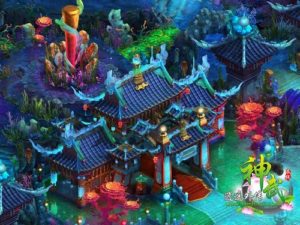