With the release of Big Fish & Begonia, Xueting Christine Ni looks at China’s diverse pantheon that influenced the animation… 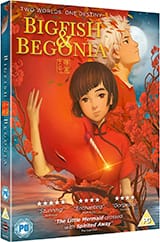 As a public speaker who saw the oncoming wave of Chinese animation in the early 2000s, and who spent the last decade promoting these to West, it was my absolute joy to introduce Big Fish & Begonia this spring to the general public at various venues in London for the cinema release. Summer brings the home media release, set for the 9th of July, which coincides with the UK publication of my new book From Kuan Yin to Chairman Mao: An Essential Guide to Chinese Deities. Many of the beings I have written about are also featured in this 21st-century animation, and one of the reasons I have written the book is to demonstrate the contemporary relevance of these deities. In this article, I take a look at their origins and their reinterpretation in the film. 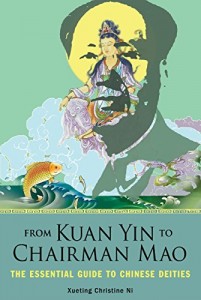 China has a long tradition of taking inspiration from its Shen Hua (mythology) for the creation its Dong Hua (animation), from classics such as the 1964 Uproar in Heaven and Nezha Conquers the Dragon King (1979), to The Calabash Brothers (1986) and recent renditions of Investiture of the Gods. Certain deities, such as ones that have evolved with urban entertainment, tended to be focused on. Big Fish & Begonia takes a fresh angle on the subject. The story is set in the Undersea, the world of Chun, heroine of the story. Based on the concept Gui Xu from the 4th to 5thcentury BCE Daoist text Lie Zi, Undersea is the final resting of souls and has existed for millennia, its inhabitants keeping the order of Nature, the natural course along which all things run in the human world, also known as the Dao. Daoism is one of China’s oldest indigenous belief systems. And most of the creatures represented in Undersea are China’s oldest deities that existed centuries before the Monkey King sprung from the minds of storytellers and Buddhism introduced Nezha’s prototype into China.

The leader of Undersea, who opens the Coming of Age ceremony at the beginning of the film, is Hou Tu. In China, veneration the earth spirit is as old as faith itself, its earliest form, the She (“Shurgh”), linked to the worship of earth mounds and stone representations during the Shang and Zhou dynasties, later becoming Wu Tu, the Five Earths over the Han era.  Scholars continue to debate the original gender of Hou Tu. It depends on whether you prefer to believe he is the male relative of other gods, or based on Di Mu (Mother Earth) and tribal matriarchs. As a vast country, China naturally has more than one kind of earth deity. The one that is most popular in modern China is Tu Di Ye, Grandfather Earth, your local friendly neighbourhood earth god who gets a permanent offering at each threshold along alleyways and back streets in certain regions.

Read the rest of my article on Eastern Kicks.